BudgetTraveller intern Amy Woodyatt’s latest post addresses the highlights and pitfalls of making friends while on the road….

One of the best things about travelling is getting to meet new and interesting people. However , sometimes, even if you set out with the best of intentions, that new friend can turn out to be mental. Time and time again I have learned this the hard way.

The summer of 2010 and I was travelling without a parent for the first time around Europe with a group of friends, your standard Interrail holiday. We arrived in Vienna weary, smelly but ready to ditch our bags at the hostel and explore the city. Staying in our otherwise all-female dorm we found Josh, a chatty Australian travelling alone.

He seemed nice enough, was our age and most importantly, not at all fazed by the fact that he was sharing a room with a group of giggly 18 year olds (I half expected that he would ask the hostel staff to relocate him), so we invited him along to join us for a meal, as he was travelling alone and seemed pretty chilled. To really get a taste for Austrian culture, we went to a restaurant recommended by several locals, and due to us being obviously foreign, we were given picture menus.

Wow, this place was cheap. We ordered from a picture menu that priced every dish at 10 euros, but nothing prepared us for what would happen next…

Lo and behold, a MEAT SWORD was brought out of the kitchen and presented to us. A SWORD OF MEAT.  The thing was about half the size of me.

AMAZING we thought. All of this for only 20 euros! 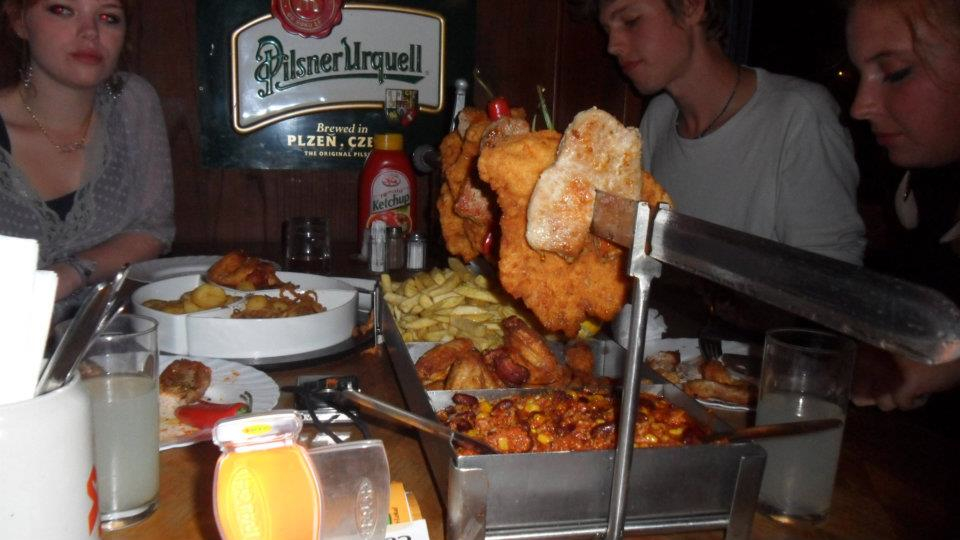 Lo and behold, a magnificent sword of meat!

Our amazement was shortlived when we received the bill, which revealed that the meat sword actually cost us 100 euros. Uh oh. We were nearing the end of our trip, and as true budget travellers, we only had about that much money to last us ‘til we went home.

And here’s where our new travel buddy stepped up. Unfazed, he paid for over a third of the bill, and wouldn’t even let us pay him back. With no money for a bar we shared a beer in a park later that night and it turned out the guy had some pretty awesome stories from the road. We got on so well that when I’d gone home and he continued his travels, he even made a detour to visit me in England!

Just goes to show, however brief your encounter, you can make lifelong friends when travelling.

Sat on a street corner at a Bia Hoi stand in Hanoi, Vietnam, my boyfriend and I were enjoying a refreshing glass of (20 pence) beer to finish off the day. A few tourists were sat around us, it was warm and breezy; we had found an oasis from which we could sit and watch the busy, bustling city.

‘My name is Sunshine’. She certainly was a vision, wearing only a bright orange vest and neon yellow Playboy boxer shorts. Yes, that’s right, she was wearing underwear as actual clothes. A sweaty, chubby vision in underwear stumbled towards us. 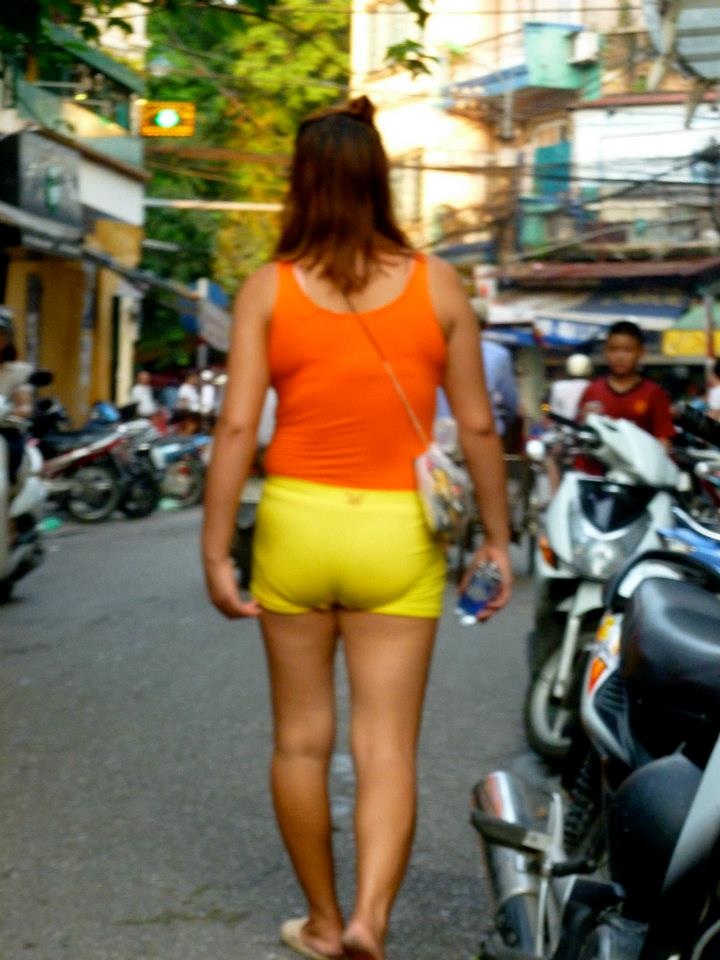 Nothing more attractive than a woman in boxer shorts

Although she came to sit next to us, it became clear after a while that Sunshine didn’t want to be friends with us… well not both of us, anyway.

‘Your face is so old. You are wrinkled. I am so young, my skin is so young, don’t you think? But you look so old!’ she charmingly told me.

‘Everybody says I am beautiful. You agree.’

Conversation between myself and Sunshine had stopped. She had moved on to my boyfriend.

‘You want to take me to tourist office? Get me a visa?

Wow, she was forward alright.

‘I always wanted to marry Western man. So we go tourist office?’

My boyfriend politely declined, at which point her comprehension of English also dramatically declined.

‘Get me visa. I am very beautiful and want Western husband. Get me visa.’

It took an hour and a tenuous story about food poisoning and sleep deprivation to get rid of her.

My advice: if they seem crazy when they approach you, don’t kindly give them the opportunity to prove you wrong. Run for the hills.

The next day our taxi driver drove past her, burst into laughter, pointed and screamed ‘she crazy!!!’.

Like love, with some cities it is just a weird impulse…you just love them unconditionally. I don’t when I fell in love but I…