Copenhagen to Ljubljana– I present to you some of my best moments from my Interrail Tour with the help of my Instagram pictures. 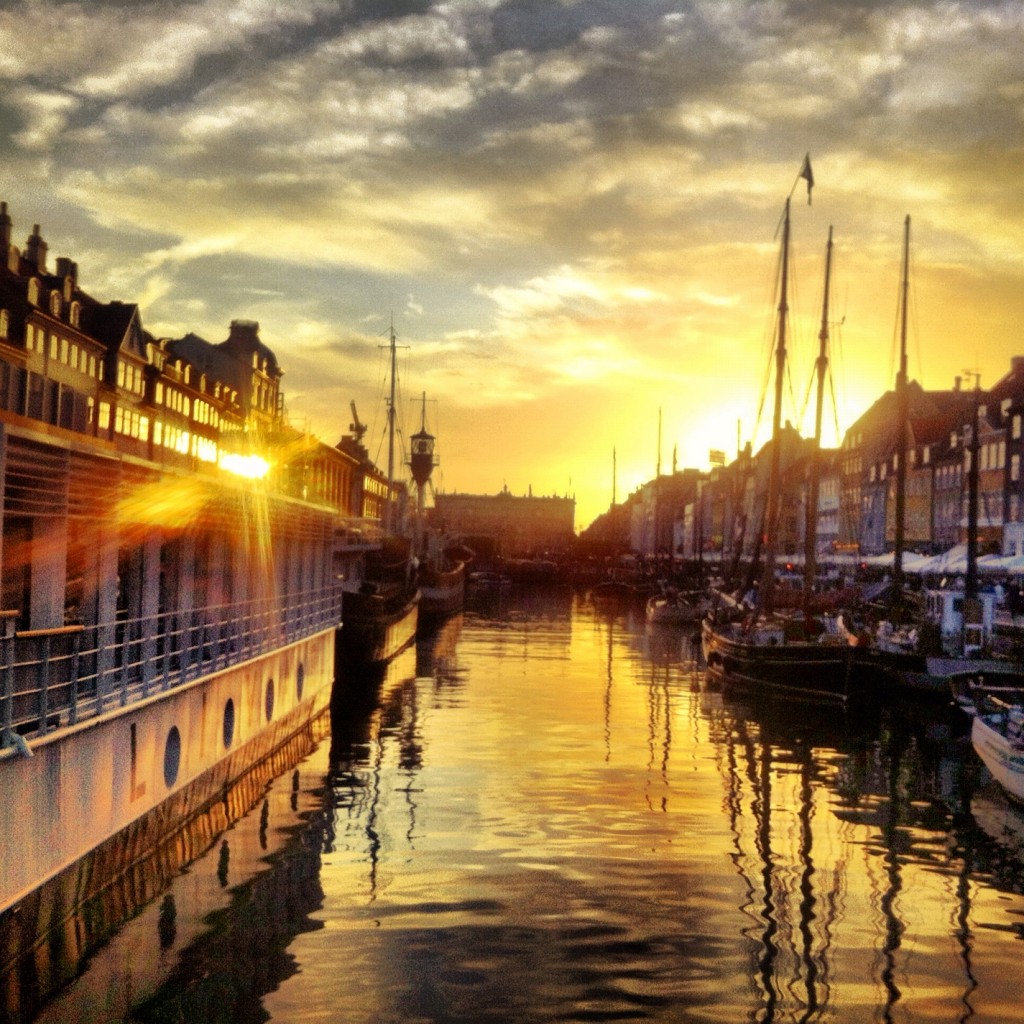 1. My Interrail trip starts in Copenhagen with a sunset of all sunsets

Picture says it all. Period. 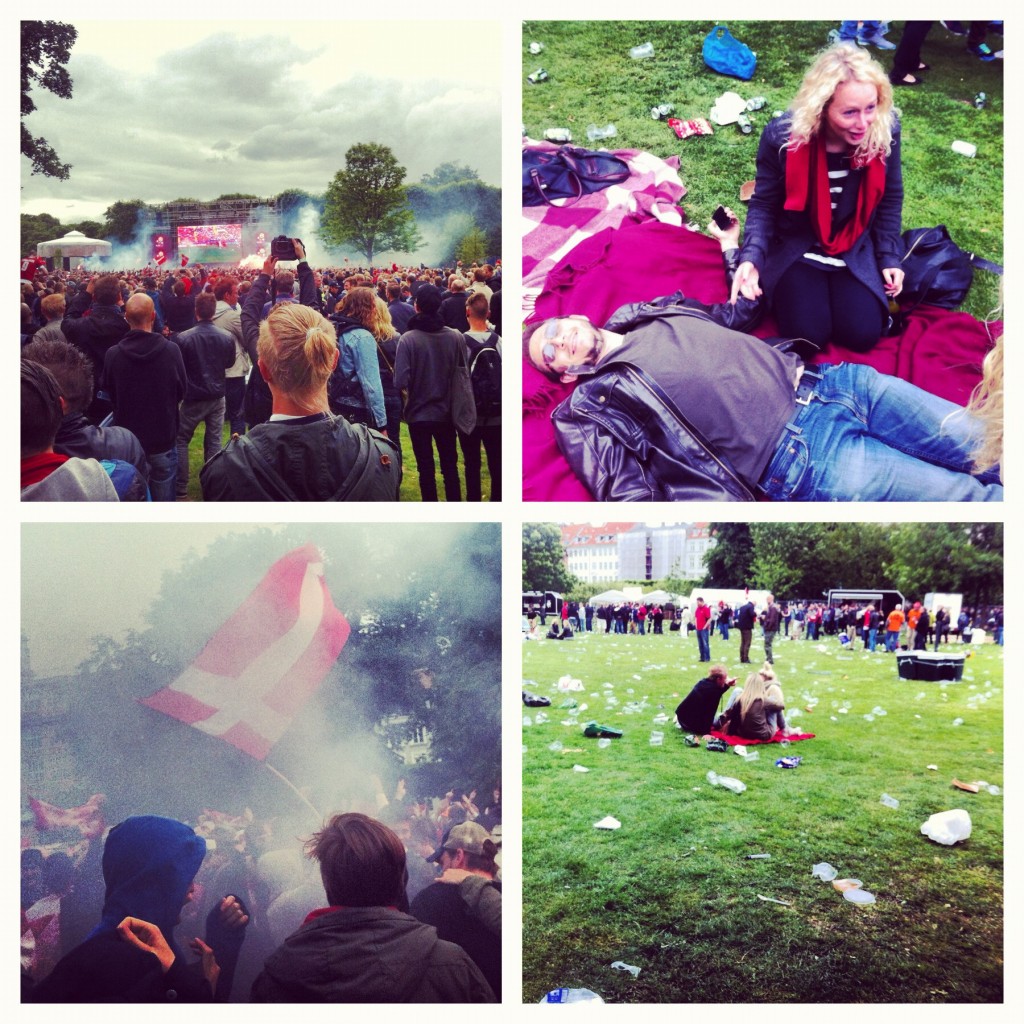 2. Copenhagen Fanzone, Euro 2012: I discover that Danes really know how to let loose and celebrate

Everyone starts hoisting their friends on their shoulders and running around the field like mad.

The pale blue evening sky briefly darkens under the cloud of flares.

I see a sea of smiles, of red and white.

It was great interrailing through Europe , seeing the Euro 2012 championships in every country.

Loved the fanzone-the atmosphere, passion on show and that shared sense of pride, patriotism.

I had an enviable 100% success record-every country I visited won during the championships ending with Spain beating the Italians.

Move over Paul the Octopus! 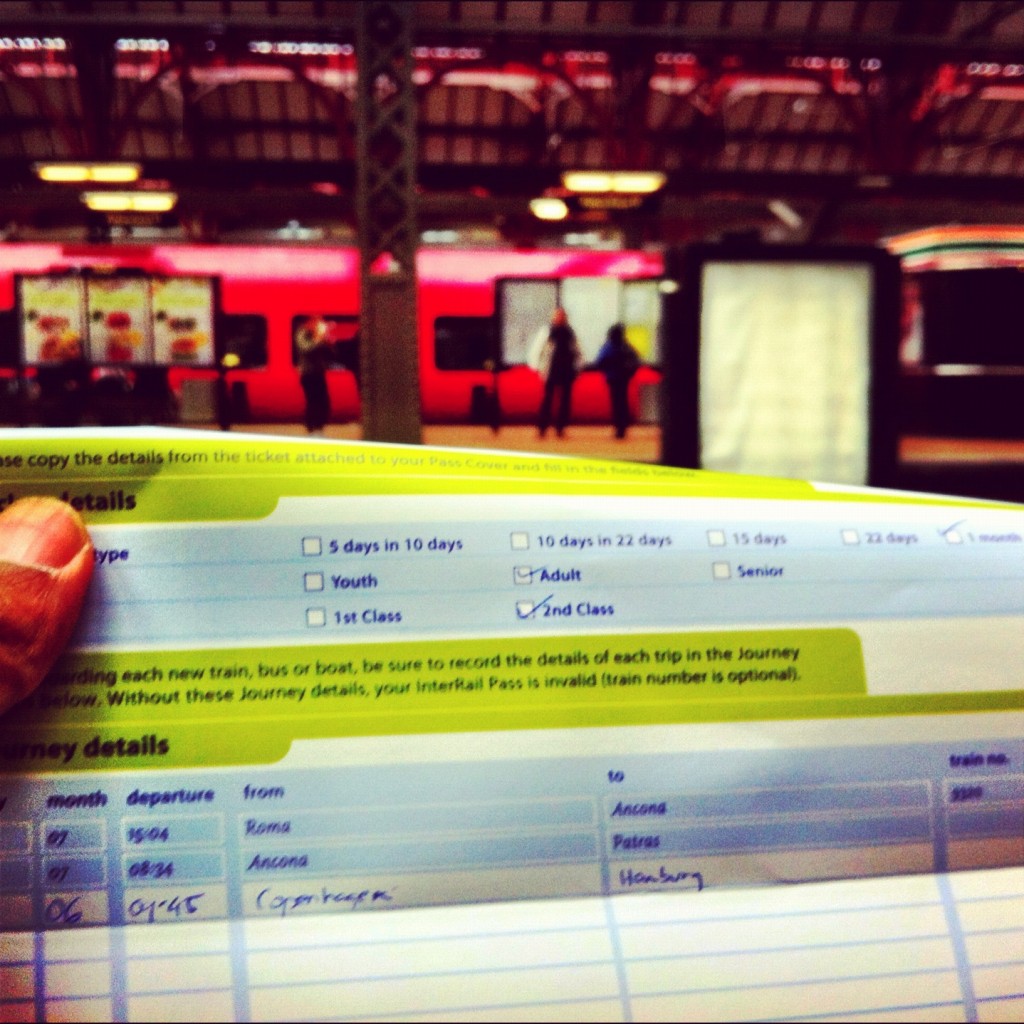 The first entry on my Interrail ticket. ICE 36, Copenhagen to Hamburg,
The journey begins…

The first entry on my Interrail Ticket. Copenhagen to Hamburg on the ICE36. 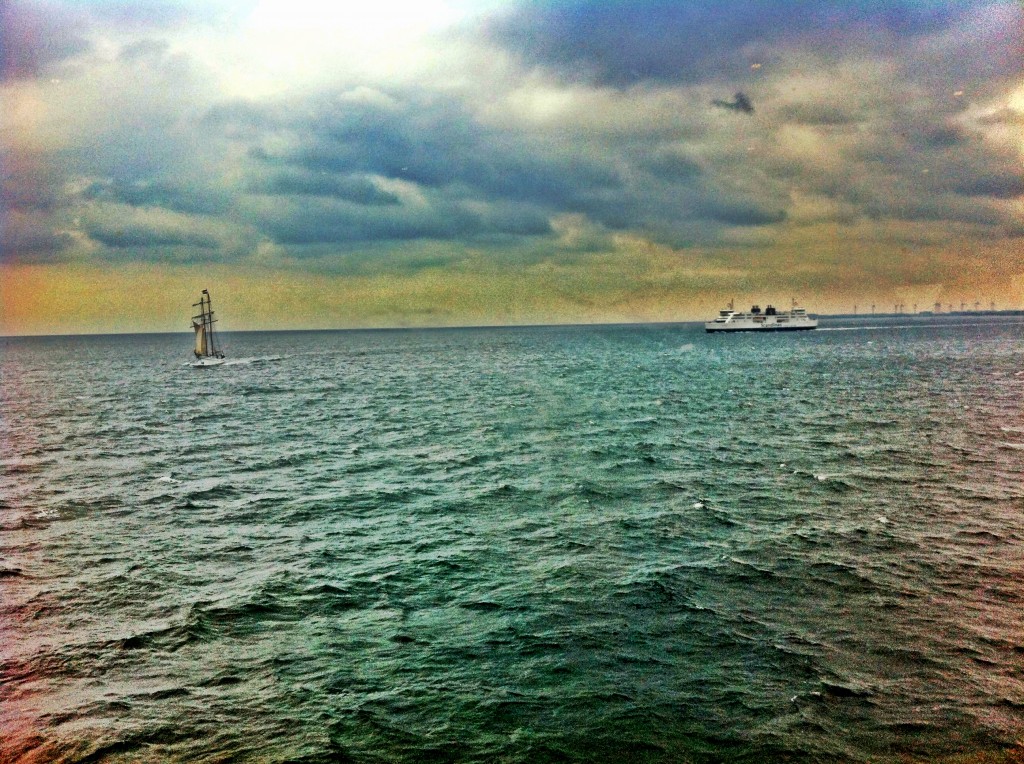 4. Copenhagen to Hamburg on ICE 36

One of the epic moments of the Copenhagen to Hamburg journey with ICE 36  is crossing the Baltic Sea .The train gets swallowed into the Rodby-Puttgarden ferry. 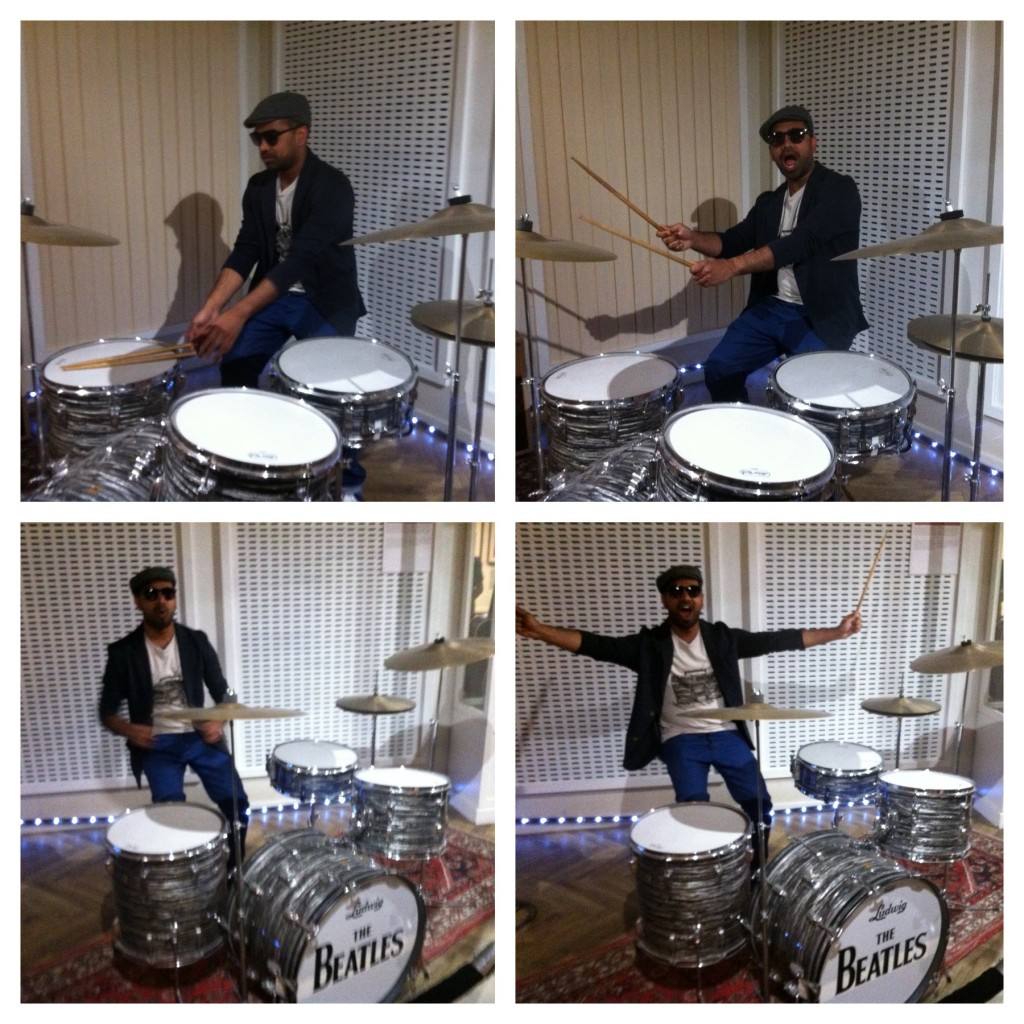 It was sad to learn that Beatlemania-one of my favourite museums in Hamburg was closing down.

Given how strong the roots the Beatles have in Hamburg, it’s a puzzling decision.

Here I am rocking the drums, just 2 weeks before they closed it’s doors to the public. 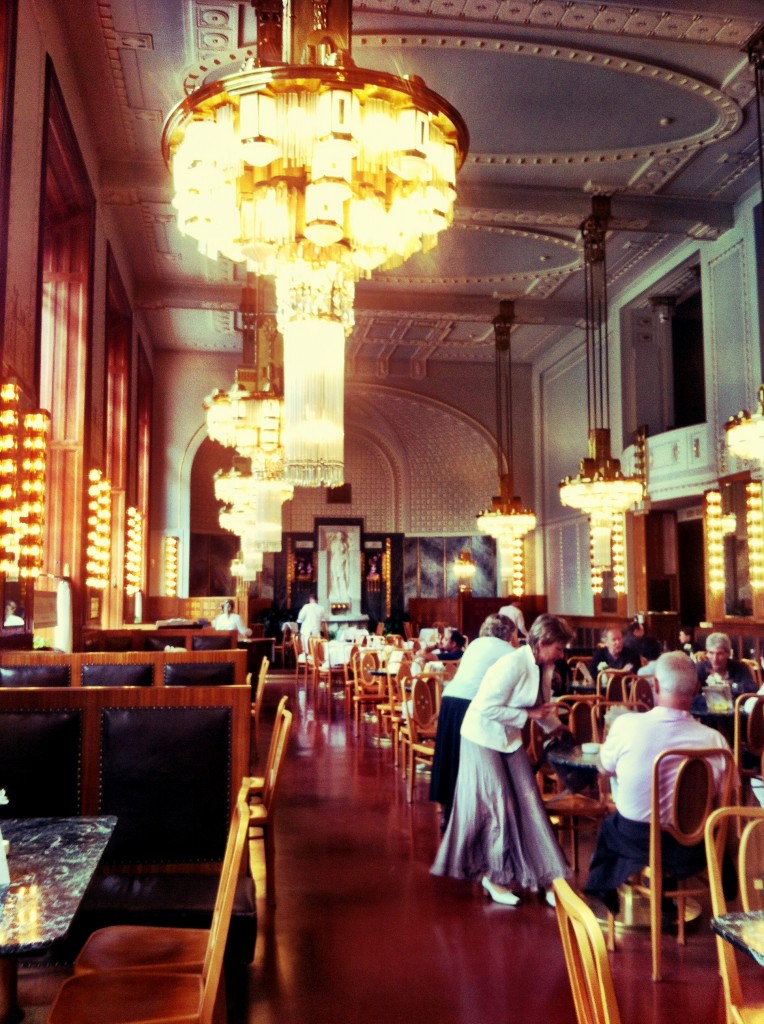 Obenci Dum is a stunning Art Noveau Cafe in Prague-I love going to this place for coffee and people watching whenever I’m in Prague. 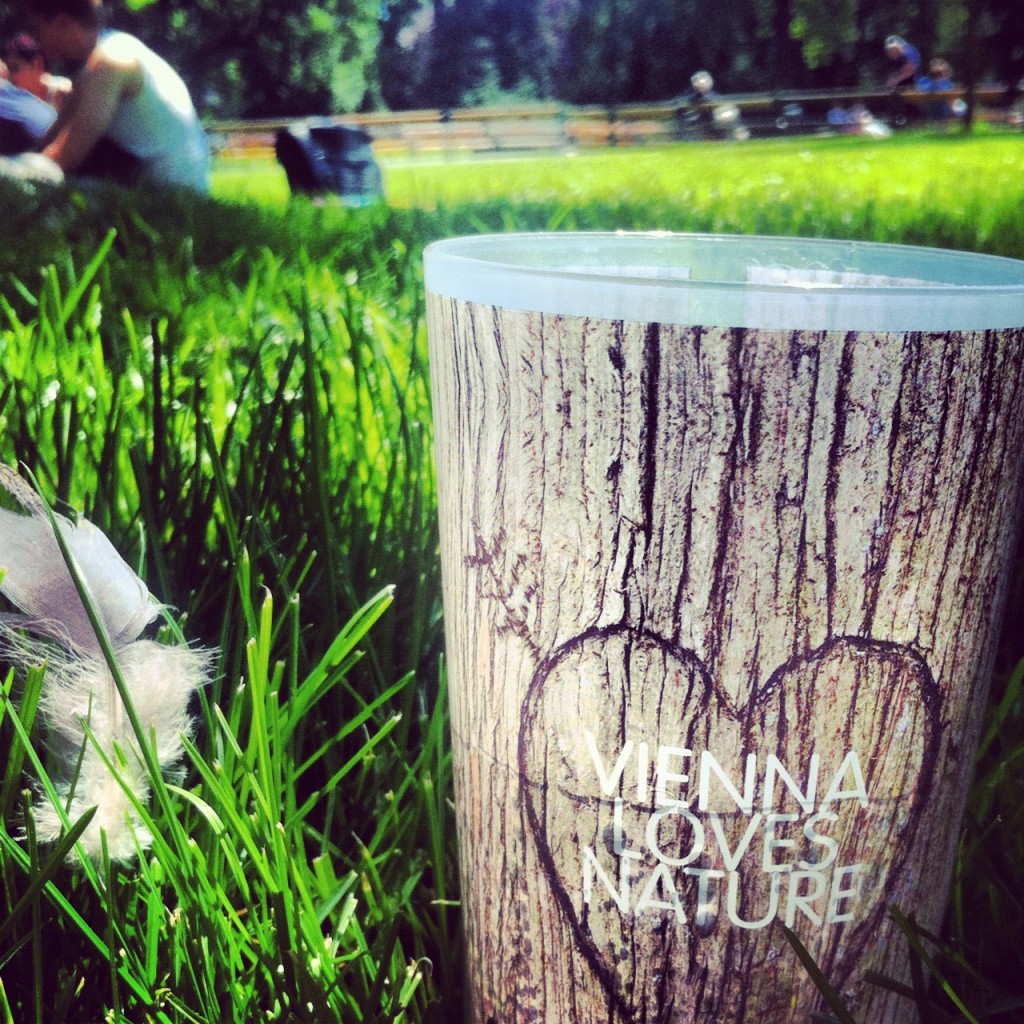 I spent the  day in the park, drinking some awesome beer .Was perfect. 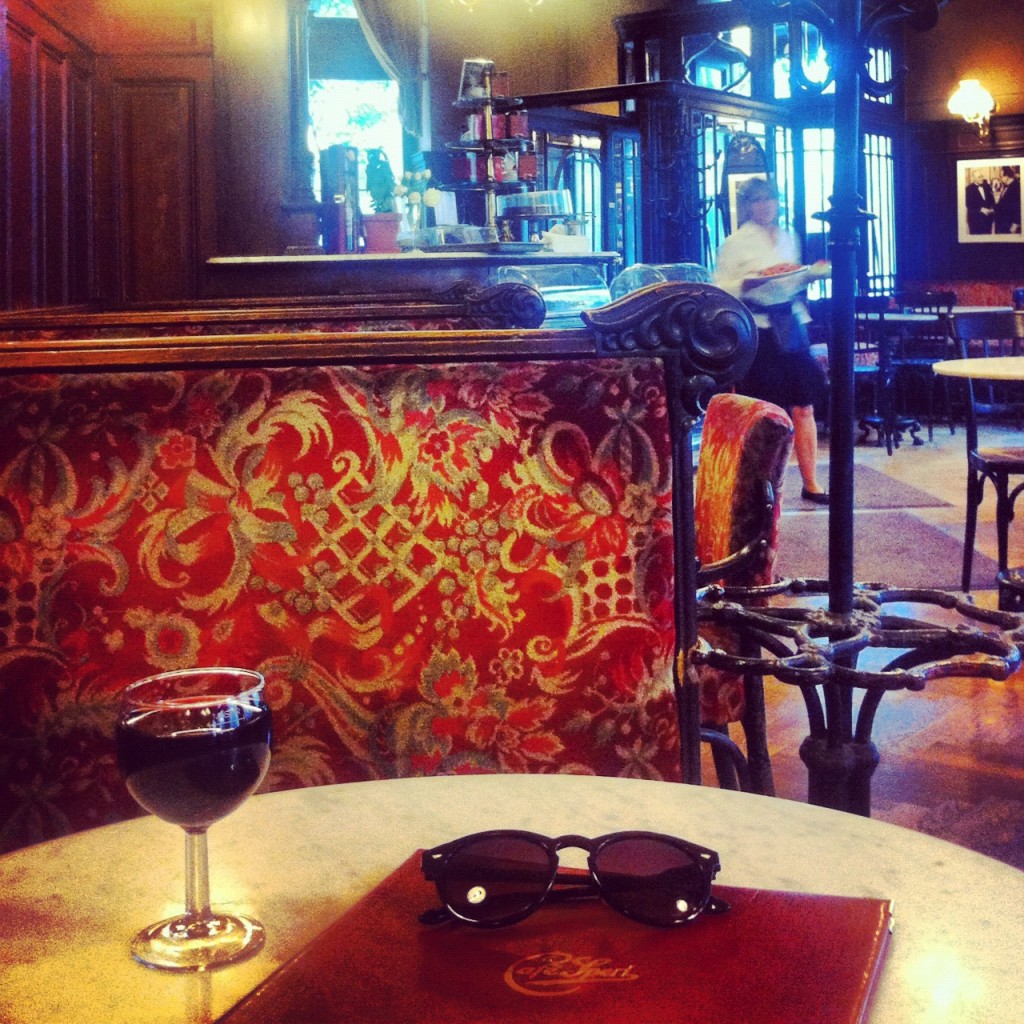 Beautiful Vienna kaffeehaus. You feel like you walking back in time, the moment you enter this cafe.

For movie lovers, it’s also the scene for that confessional telephone game in the movie Before Sunrise between the lead characters, Jesse and Celine. 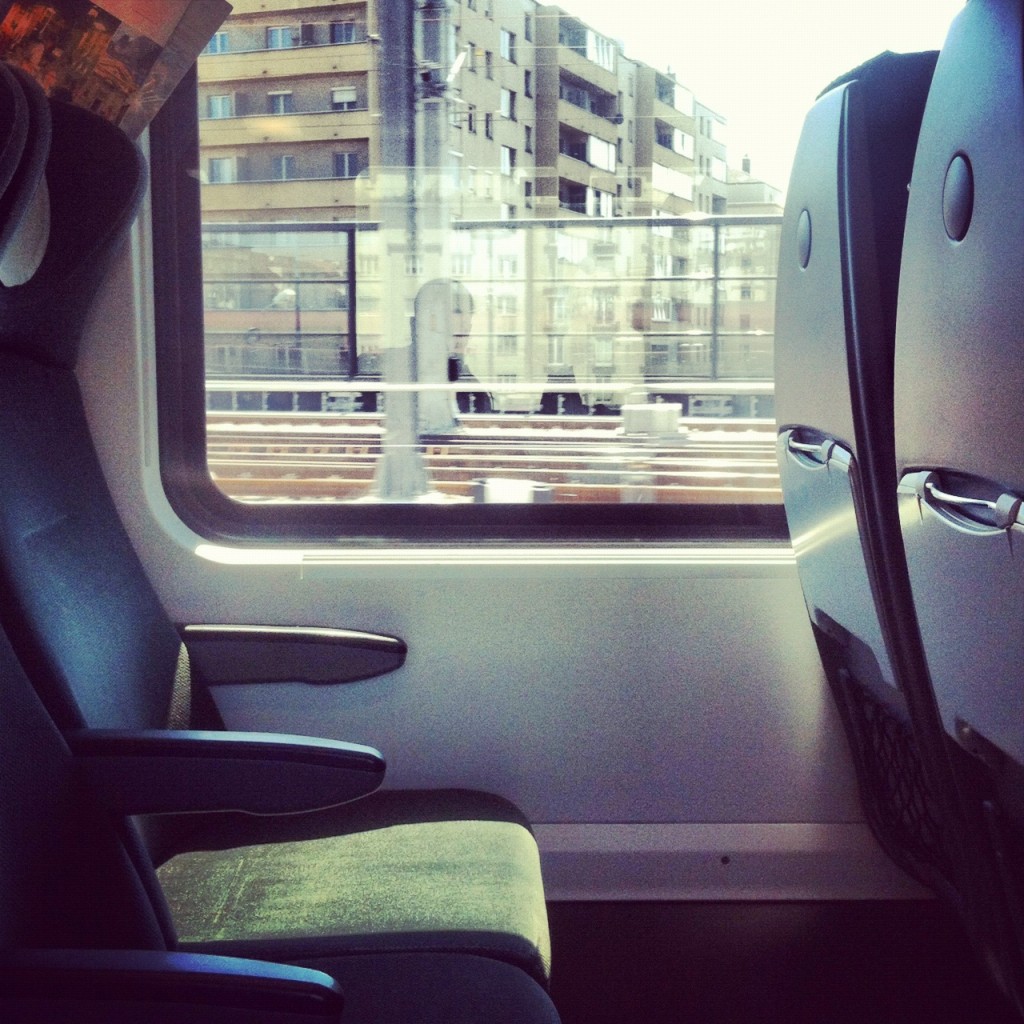 9. Finally, I discover free wifi on a train!

On the railjet train from Vienna to Budapest.

Takes just 2.30 hours and is one of the best trains I’ve been on.

Unfortunately , the free wifi stops when your cross the Hungarian border. 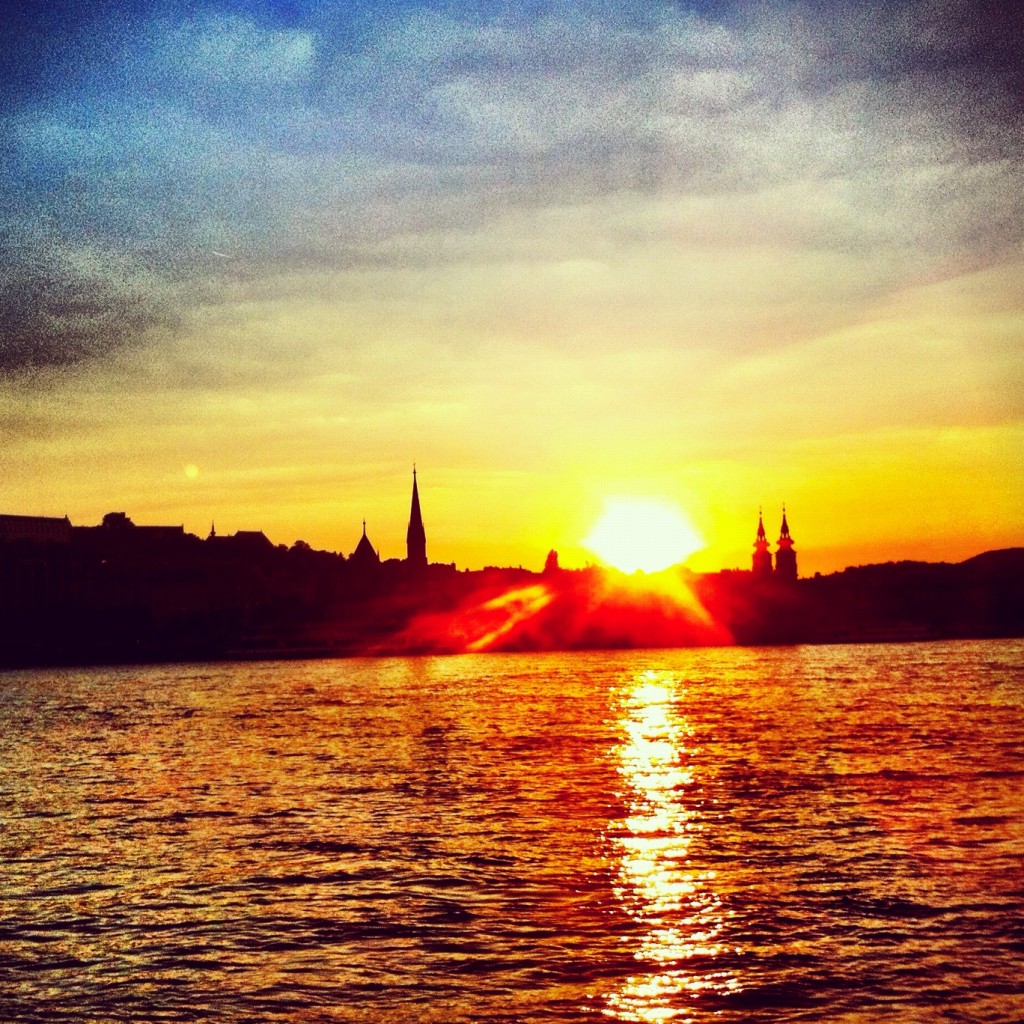 10. Watching sunset over the Danube in Budapest was unforgettable. 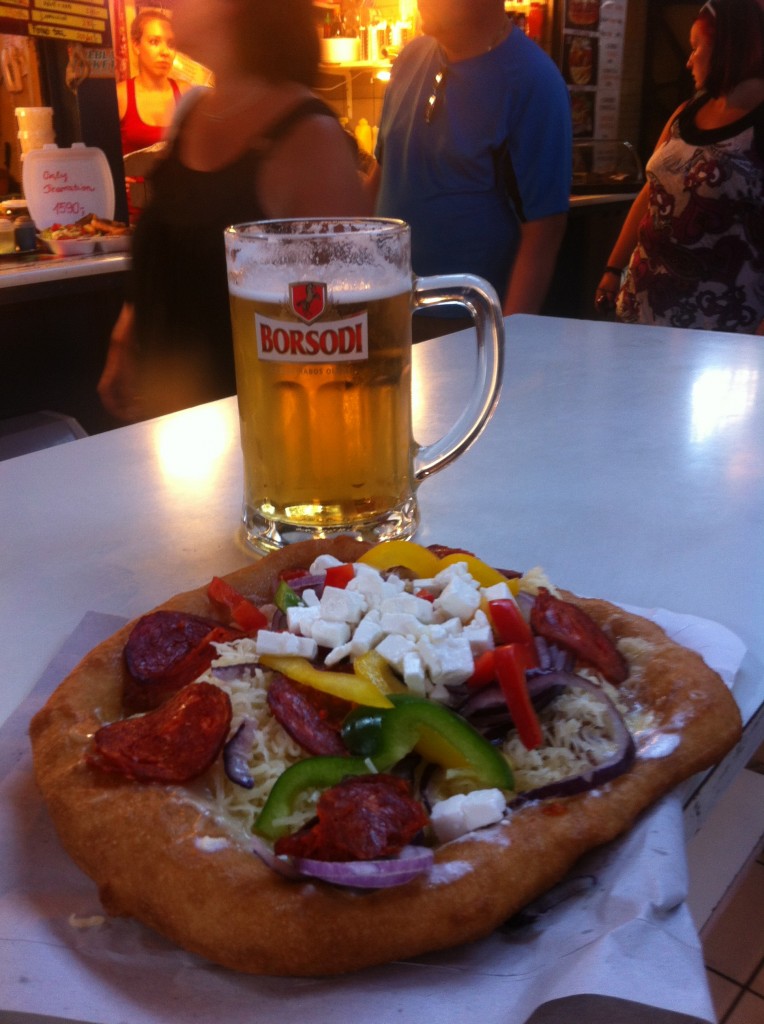 11. Lunch in Budapest- you have to try Langos.

It was midday . I’m at the Market Hall in Budapest.

Roasting outside , about 36C.

Inside, it was stuffy and the food area was overrun with tourists during lunch hour.

Luckily, I managed to get a seat.

Along with my very tasty Langos, got an awesome chilled pint of the local Borsodi beer.

That first sip was amazing. 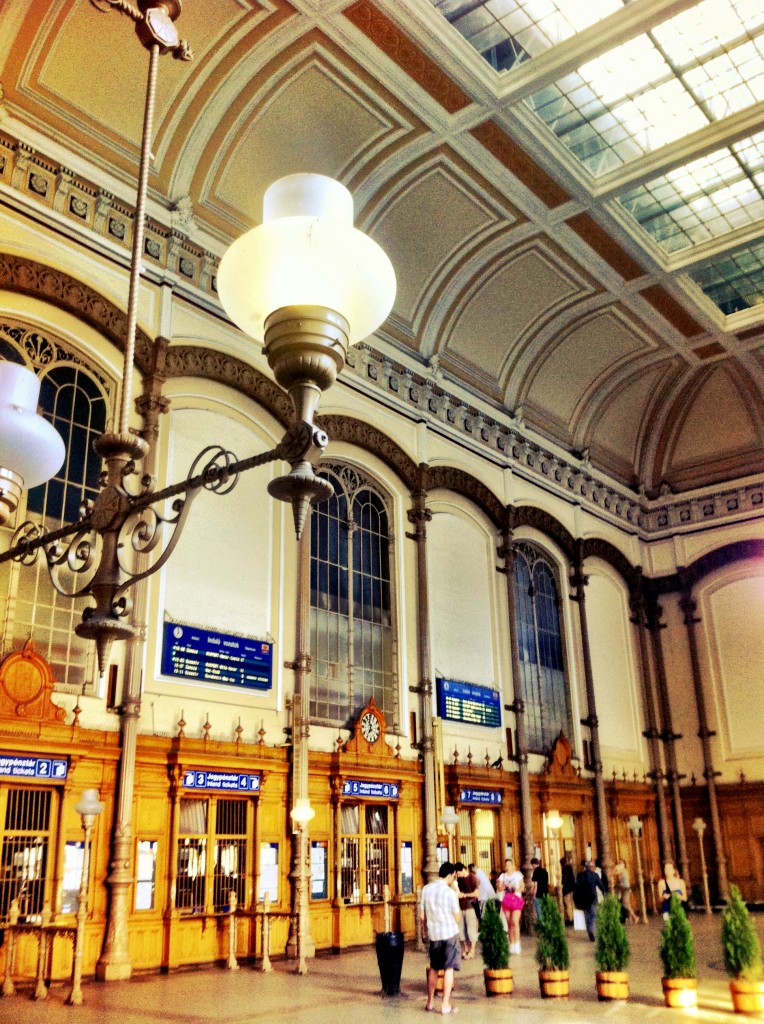 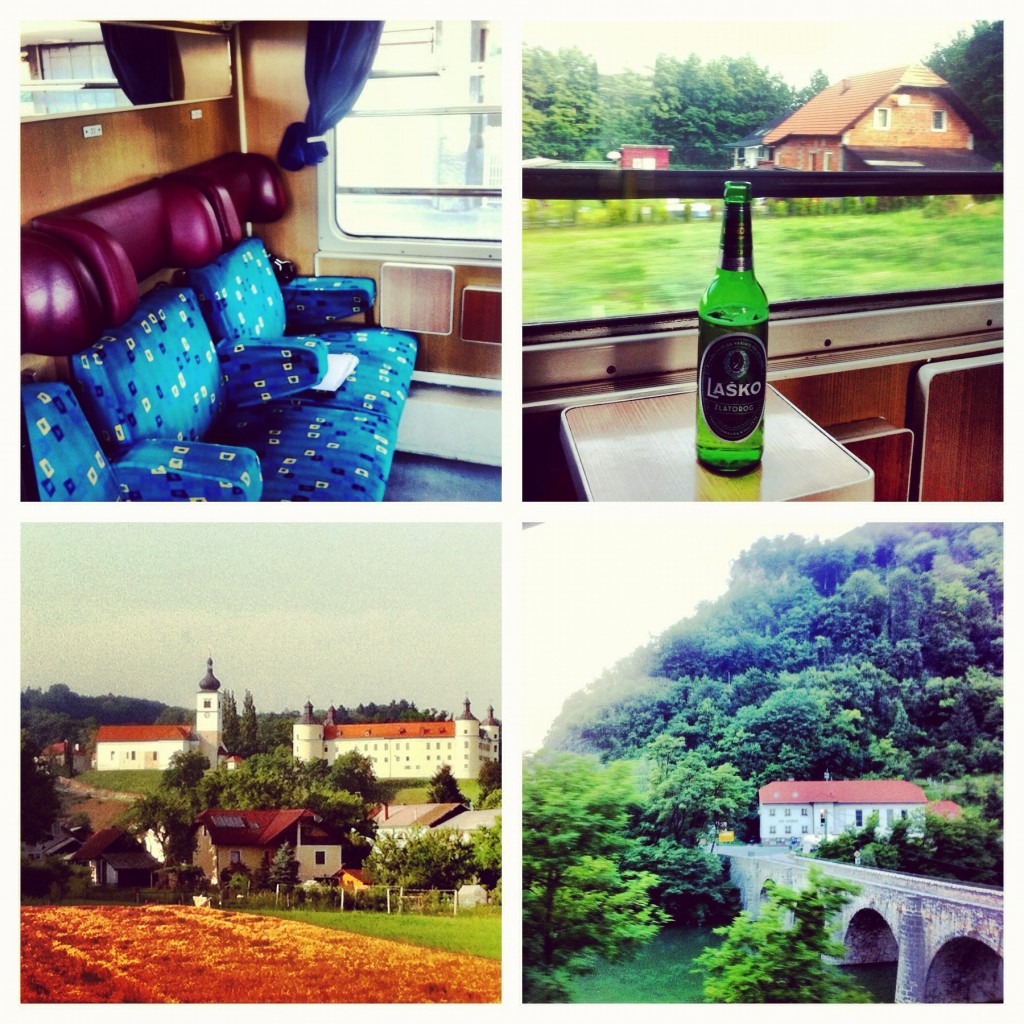 Out of my 1 month Interrail Odyssey, the 9 hour Budapest to Ljubljana train ride was probably the most memorable train journey.

Part of the train track is not electrified .

Plus it stops at every station along the way.

This trip is all about taking it slow and just enjoying the moment.

That is if you can keep your cool in the 36C heat , that too with no air conditioning.

I was lucky to have the company of local and FT journalist, Kester Eddy who’s been reporting from the region for last 40 years.

Every landmark or village passed, Kester had a great story to share.

We weren’t sure how long the engine change was going to take but both me and Kester were thirsty, dying for a cool drink.

Kester reckons he had at least 10 minutes so he scampered off and grabbed a few Lasko’s for both of us and a bite to eat.

That beer tasted great Kester. One of the best beers I have ever had in my life. Thank you! 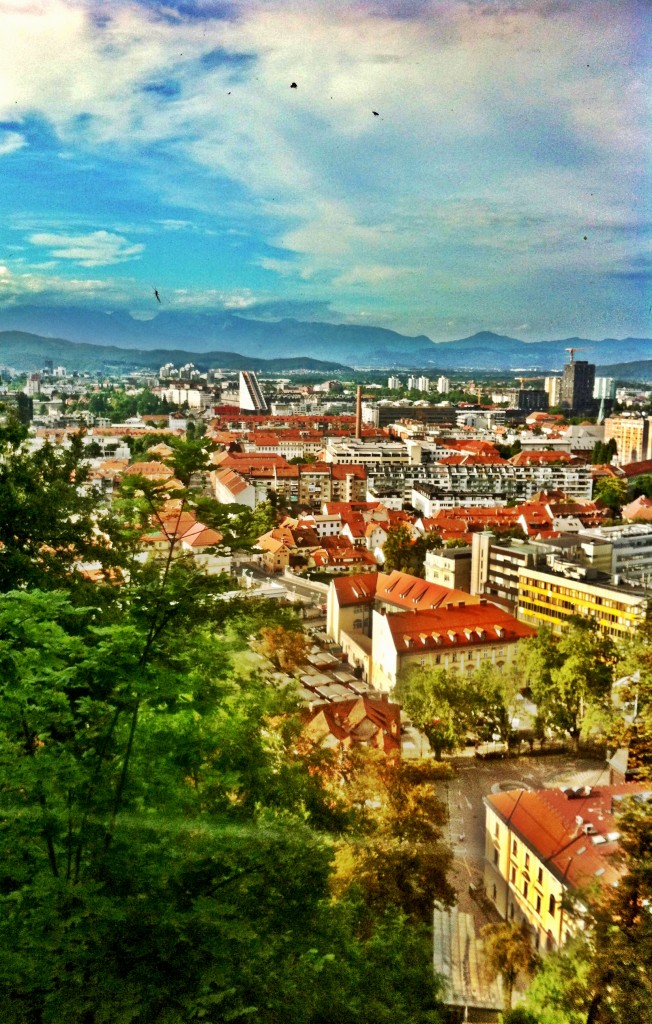 I loved this city.

Maybe I got lucky- Ljubljana was relatively free of hordes of tourists that had plagued me since the beginning of the trip.

It was quite neat , compact and easy to get around. 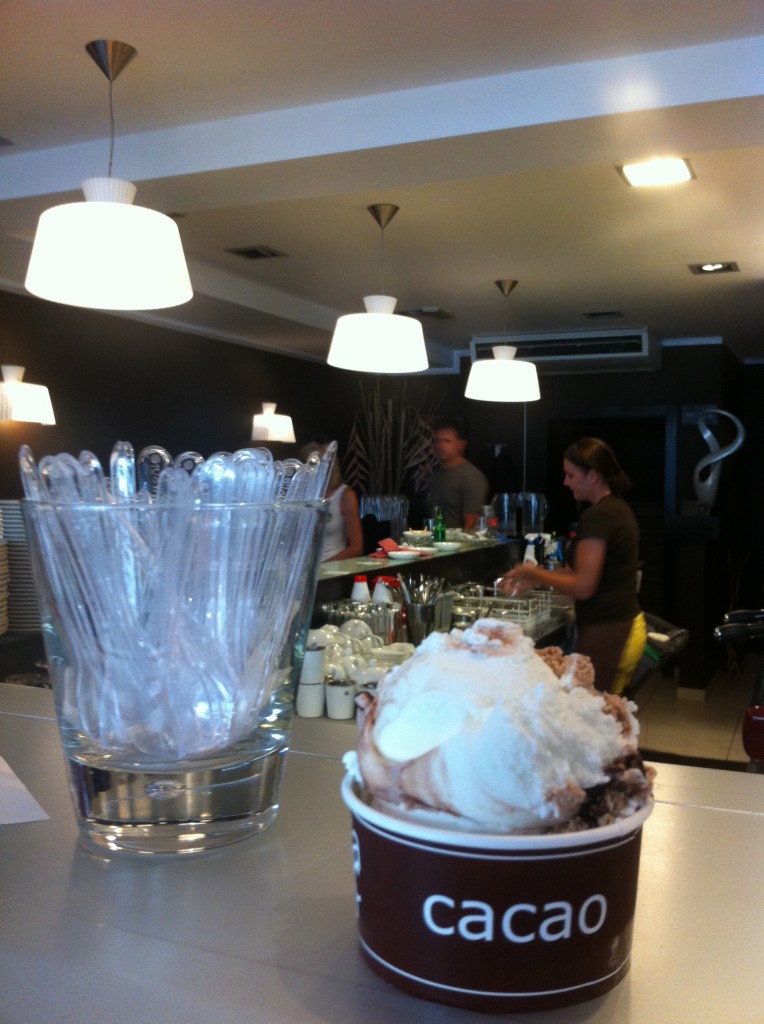 There’s only one place to go- Cacao Gelato Bar.

You can sit by the riverside, watch the people walk by, watch the boats go by and stare upwards at the fairytale castle turrets soaring in the infinite blue sky.

Taste your gelato. You can choose from over 30 flavours.