The story continues: Following their adventures in Brussels we join Emma and her mum in Koln where they are just getting into the ‘local spirit’ …..

‘Shall we get a beer? We are in Germany after all…’

It seemed my mum was getting into the backpacker spirit pretty quickly.

A swift two hour train ride had taken us from Brussels to Cologne, a bustling historic city and my introduction to Germany. So far I liked it. 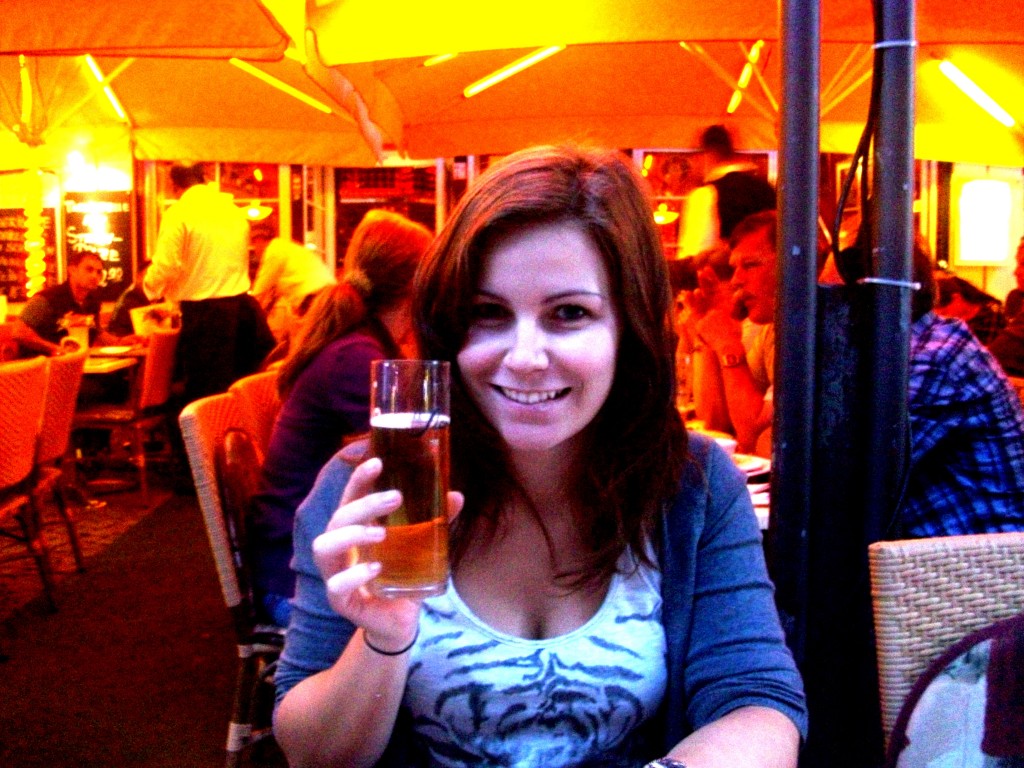 We were staying at Pathpoint hostel, on 26 Machaberstrasse, a stone’s throw from Cologne central station. This giant renovated church had only been open as a hostel for a couple of weeks, but it was clear it was going to be a success. A large, clean kitchen, ample partying space and comfortable dorm rooms were definitely worth the €19.50 per night. 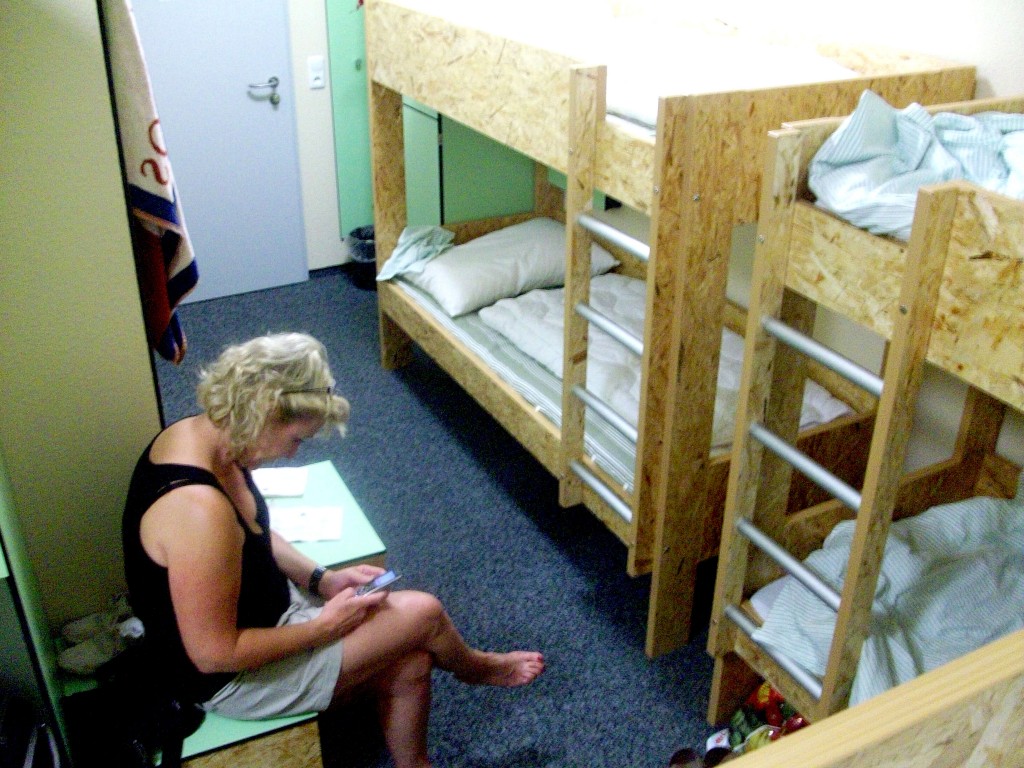 Our first stop the next morning was Cologne Cathedral, which just so happened to be a short ten minute walk from our hostel. This huge gothic structure stands grand and imposing amongst the sleek modern buildings of post-war Cologne; its spires are the second tallest of any church in the world.

We paid our €3 to enter and began marching up the 530 steps… The spiral staircase was extremely narrow and dark, so it was easy to forget how quickly we were ascending. Light shone in through various chinks and gaps in the stonework, offering a glimpse of the city sprawled out below us. We were high. Approximately 400 feet high. 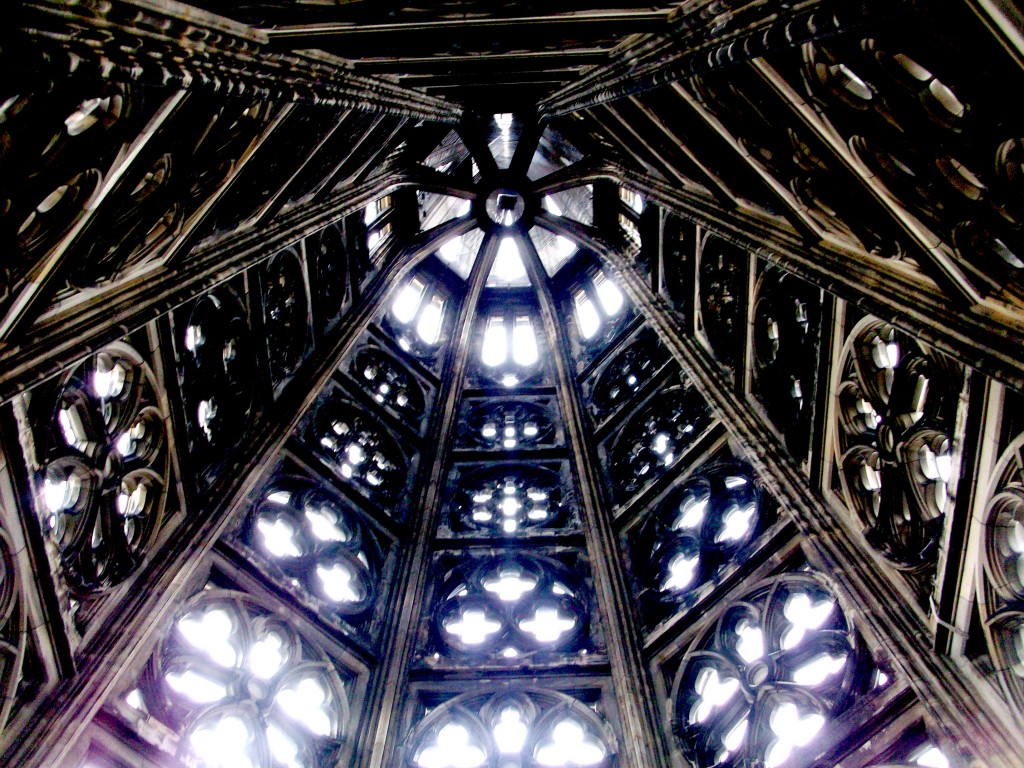 What felt like a lifetime later, we made it to the look-out point. The view was stunning; the Rhine snakes lazily through the city and even on a cloudy day, you can see for miles. It was worth the walk. 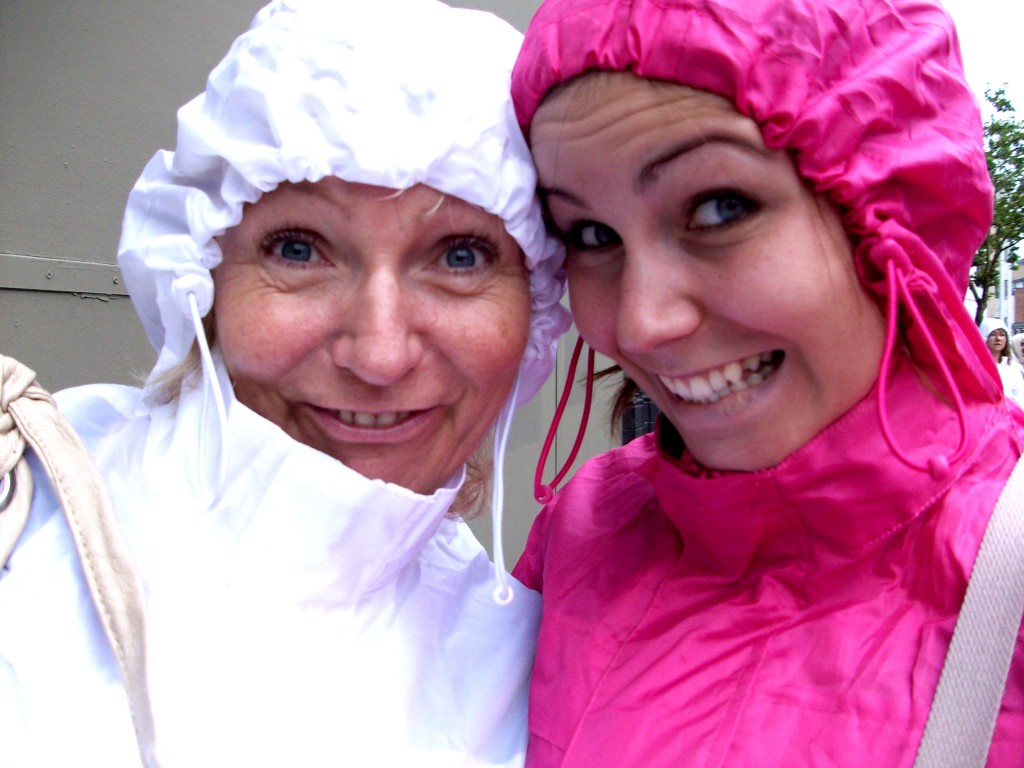 Return of the Mac 🙂

Once we’d made it back down to solid earth and our jelly legs had subsided, we went for an amble along the river, heading towards Rheinpark. Yet again, Mum’s hopes for sunshine were quashed by Mother Nature, as the heavens opened and spatterings of rain fell from the sky. ‘Yes!’ I thought, ‘a chance to use our pack-a-macs!’ I like to think we looked pretty dapper… 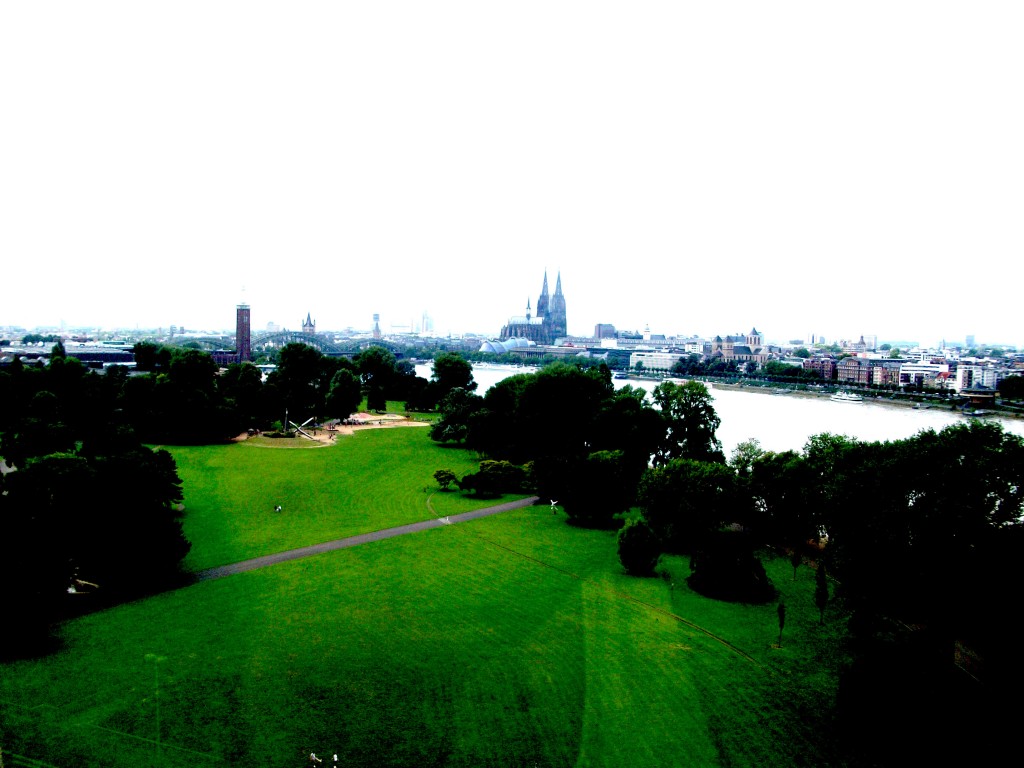 View from the Cable Car

It appeared our morning’s trek up Cologne Cathedral had fired up our appetite for heights, as when we stumbled across a cable car station, we didn’t think twice about hopping on for a ride over to the park on the other side of the river.

A one-way ticket cost €4.50, not bad for yet another spectacular view of the city and the cathedral itself. 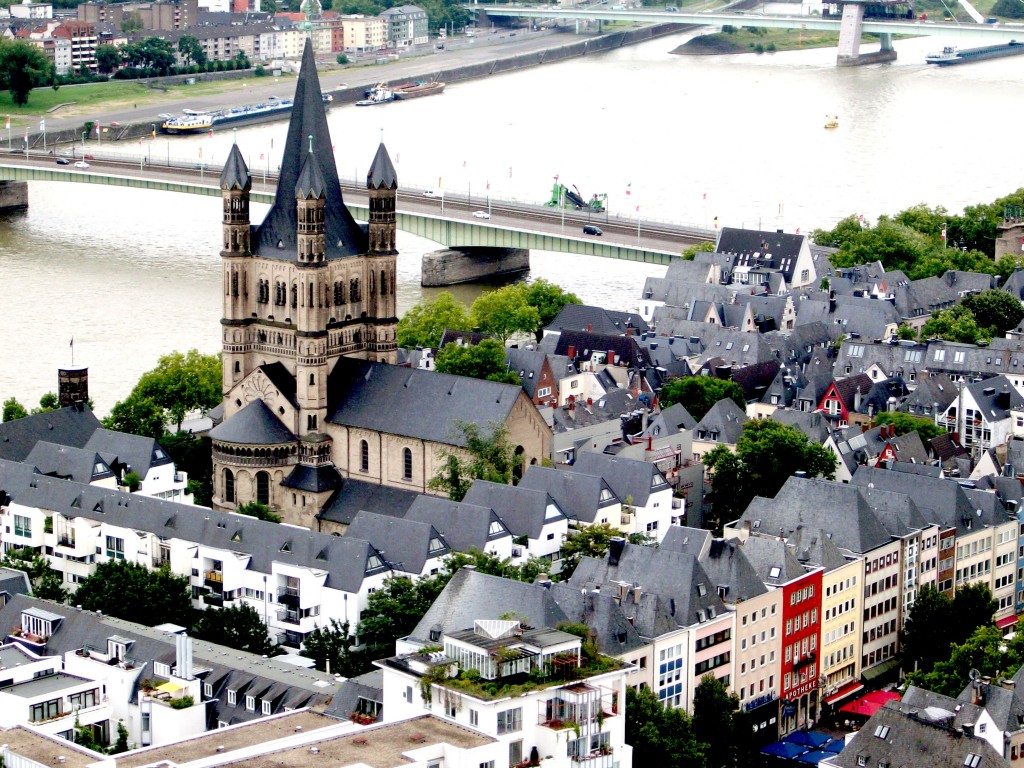 View from the Cathedral

After an afternoon spent wandering through gardens and greenery of Rheinpark, we ended our day with the obvious food choice: Bratwurst. Or – more specifically -, currywurst, a type of German sausage with curry flavoured ketchup. Maybe it wasn’t such an obvious choice, but it only cost a couple of euros and apparently it’s the local fast food, so we gave it a shot! After a dizzying day spent up cathedrals and cable cars, it was a warming, delicious conclusion to our stay in Cologne.

Next stop was Prague, so it was time to get a good night’s sleep before our adventures took a wild turn…

Just a 40 minute ride from the chaotic and bustling Berlin, stepping into Potsdam feels like entering a different universe. Having visited and lived…