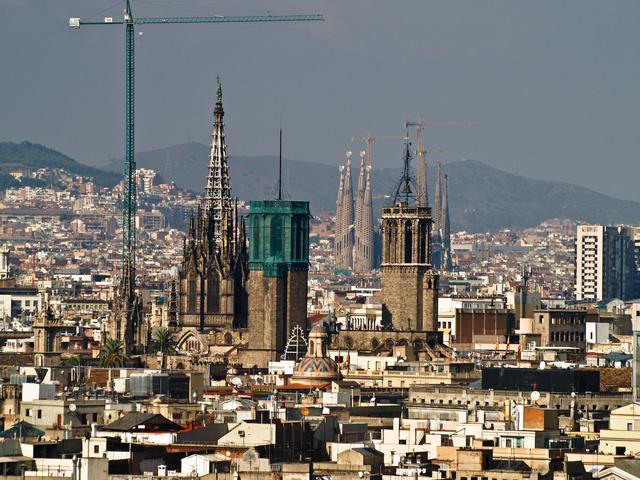 It’s been 18 months since I blogged about my painful experience of being robbed in Barcelona.

September 2012. I visited Barcelona last summer after 2 months of  of interrailing and busabouting across Europe. It was great to be back , staying at my favourite hostel in Barcelona, Casa Gracia. To celebrate, me and Alex from Casa Gracia had a big night out in the town with his friends. It would have been a great night if I hadn’t had the misfortune of being pickpocketed again.

I  remember the moment in the nightclub, reaching for my pocket to take a picture, only to realise I had been pickpocketed again.

More disappointing was the loss of the pictures from my travels that year. The limited iCloud storage meant that while some pictures had been backed up, some were gone ( Use Dropbox now, have 20 GB, syncs via their app. Great. )

I thought about reporting it to the police but remembering the painful experience of last time, I decided against it.

I was determined not to let my experience of being robbed deter me from visiting Barcelona but after a 2nd experience of being pickpocked, my love affair with the city will be on hold till the authorities figure out an effective way to stop the problem of crime in the city.

2 years on since I spoke about my experience, little seems to have changed.

My piece on being robbed in Barcelona has had over 30000 hits and every week without fail, I see a raft of comments from travellers who have had the same misfortune of being robbed.

It seems that petty theft is not being taken seriously.

Pickpockets that are caught are given one-three nights in the cell before being released.

Plus police have to prove that the goods stolen have to exceed the value of €600 to prosecute.

Also given the fact that many of the perpetrators are ‘foreign’ makes them hard to track.

Petty theft, whichever you look at is an unnecessary evil.

It has consequences in terms of the visitor experience, the image of the city- Barcelona now has the sad title of being the ‘Pickpocket capital of the world.’

Plus there are other dangerous consequences- El Periodico ran a piece last year about how Al Qaeda was found in the possession of passports stolen in Barcelona.

There is some evidence that the local police are trying to step up to problem of pickpocketing. BBC News did a video report about plain clothes policeman trying to act pickpockets in the act.

However, truth remains that the current laws are still too lax and still not draconian enough to deter pickpockets.

If you are prepared to take the right precautions by all means do visit the city.

However, personally I won’t be going back to Barcelona until the laws change and they elect a mayor who is going to take a much more tougher stance on street crime.

It is no fun being on holiday in a city where you constantly have to worry about having my stuff stolen. That’s how it felt on my last trip and really killed my trip.

The problem of street crime is a stain on the image of the city.

It affects the livelihood of thousands of people.

It damages the image of the city across the world.

The authorities, the locals , bar owners, restaurants, tour operators and the hosts-all have to be vigilant, educate visitors that the problem exists, and work hand in hand to help stamp out the problem.

Locals and travellers alike be great to hear your thoughts and suggestions.-please leave them in the comments box below

Bus Hostel Reykjavik is a friendly, fun and super affordable place to stay while exploring Iceland’s capital or beyond. With welcoming and helpful…