If the Disney Pixar movie Brave has inspired you to come and visit Scotland, I have the perfect guest post for you from good friend and founder of Cinematic Scotland, Jonathan Melville . Here’s the lowdown from Jon about how to discover Scotland and go on the Brave trail. 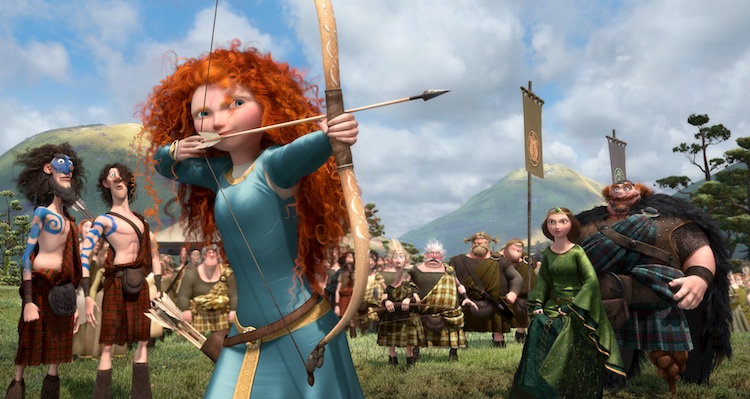 Think of Scotland and what comes to mind? Castles? Mountains? Tartan? Haggis? Magic curses that could change your fate?

That last item may not be in any of the official guide books, but thanks to the release of Disney Pixar’s latest animated blockbuster, Brave, there’s soon going to be a whole new generation of film fans for whom Scotland is the most exciting place in the world to visit.

It was in in early 2012, during a chat over coffee in Edinburgh with the owner of this very blog, Kash, that the plan for a tour of “Brave Scotland” came into being, the idea being that we could visit some of the locations used by the filmmakers in Brave. With a new blog in the works, Cinematic Scotland, it seemed a good time to try.

Of course, being a film made on a computer somewhere in San Francisco, there are no “real” locations in Brave, posing a slight problem for the trip. Thankfully, the 10th Century version of Scotland seen in the film still exists today, at least in part, with enough castles, forests, waterfalls and stone circles around to inspire a series of movies.

In 2006 and 2007 the filmmakers came to Scotland to see for themselves what heather felt like, how the stones on our castles fitted together and what all that rain really looked like, meaning I had a rough itinerary to follow. 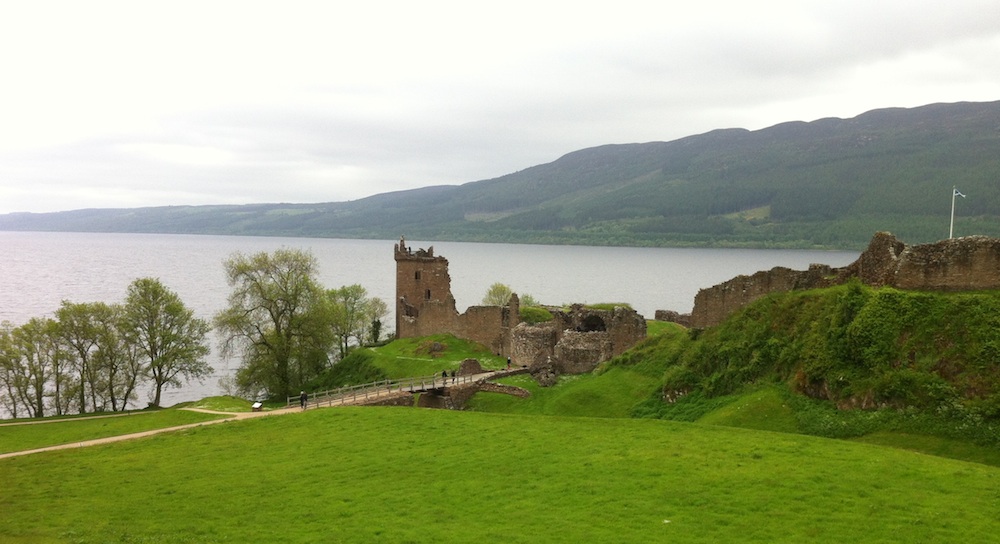 With the assistance of Edinburgh-based tour operator Rabbie’s Small Group Tours, who provided space on one of their coaches for a five day Outer Hebrides Adventure, I used my trusty iPhone to Instagram, tweet and Facebook my way around the country, publishing them on Flickr as I went.

Locations as diverse as Urquhart Castle on the banks of Loch Ness, Callanish Standing Stones and centuries-old blackhouses on the Isle of Lewis and Scotland’s most-photographed castle, Eilean Donan, were my targets, with dozens of photos recording the tour. The Isles of Harris and Skye were also part of the itinerary, but Lewis seemed to be the most relevant for Brave fans. 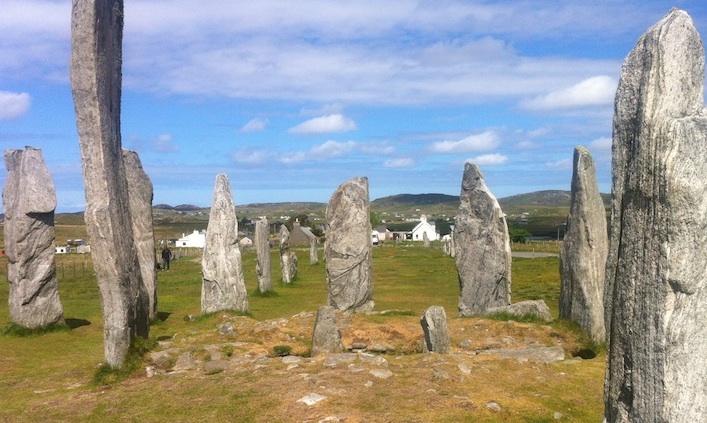 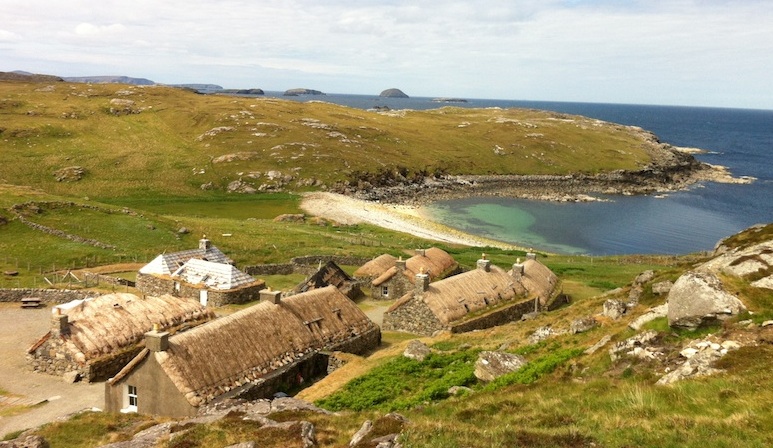 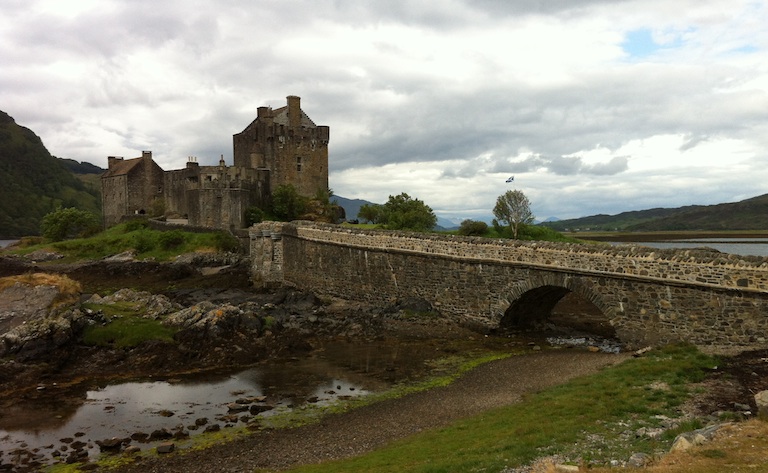 also used the iPhone to capture some video clips of the tour, with the wind a crucial part of my plan to make the videos look homemade rather than overtly professional. In other words it was blowing a gale on the Isle of Lewis and the camera went everywhere…

I even watched a man weaving Harris Tweed.

During the tour I managed to fit in many of the locations visited by the makers of Brave, with a few they perhaps didn’t have a chance to see. Sadly there are no giant Lewis Chessmen in the finished film, a real shame as the one I found was a real gent. 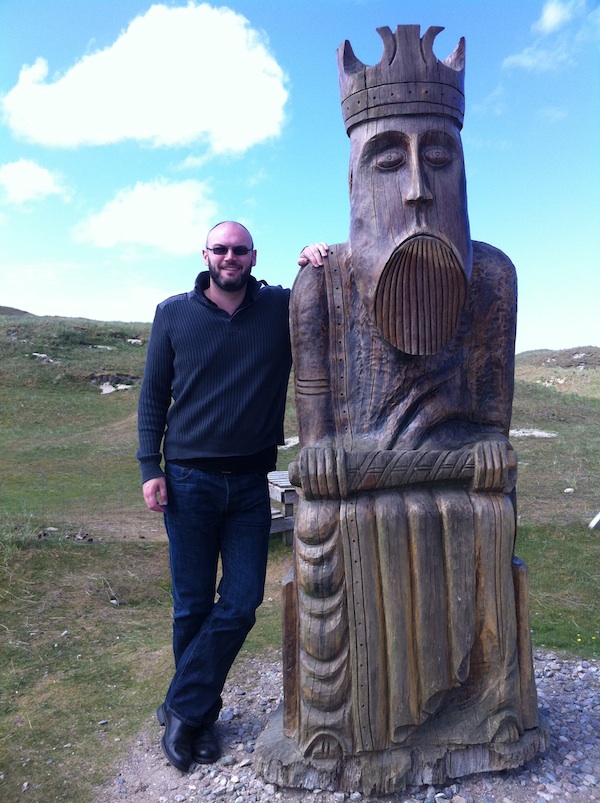 Although I live in Scotland, this was the first time I’d made it across to Lewis and Harris (both of which are on the same island, separated only by some mountains), meaning as well as seeing Brave come to life I was able to see some more of the country and her people.

Apart from enjoying the ferry trip from Ullapool to Lewis and a few days in Stornoway, the island’s capital, the Callanish Standing Stones were probably my favourite part of the trip. While nobody is entirely sure if the stones were originally used as a place of worship or a burial ground, today it does feel quite a serene place, even with the wind blowing. 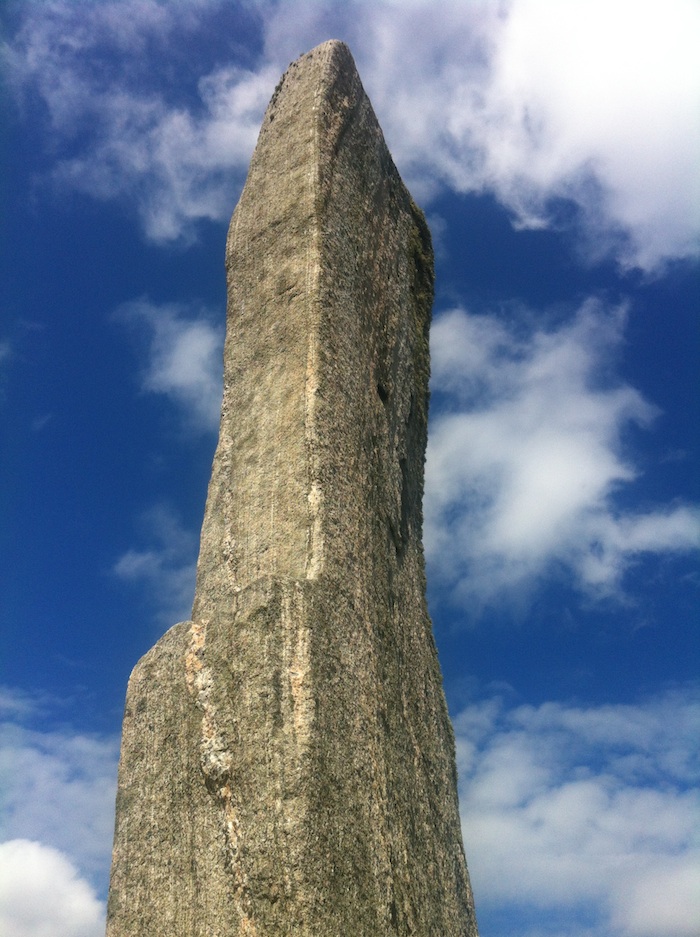 As well as blogging the tour on Cinematic Scotland, we plan to release a downloadable map in the next week or so, offering more information on where I visited and how fans of Merida, King Fergus and Queen Elinor can also follow in their footsteps if they’re brave enough to travel to Scotland.

‘We welcome guests to our hostel as if they visiting our home.’ This is the key philosophy that defines the experience of staying at…