William the Conqueror created the New Forest in Hampshire, south England, to hunt in.

Where once it would have been a day’s horse-drawn carriage ride from London, today its 90 minutes by train to the largest village, Brockenhurst. The last leg of the South West Trains journey from London Waterloo to Brockenhurst – which is on special offer at just £15 day return at present (or £7 for kids) – announces the New Forest, the way travelling through the Rockies announces Canada. “You’ve left the city!” it cries. And thank goodness for that. Lush green trees rise above the ferns either side of the track and you can almost breathe the fresh forest air. Mmm, foresty. 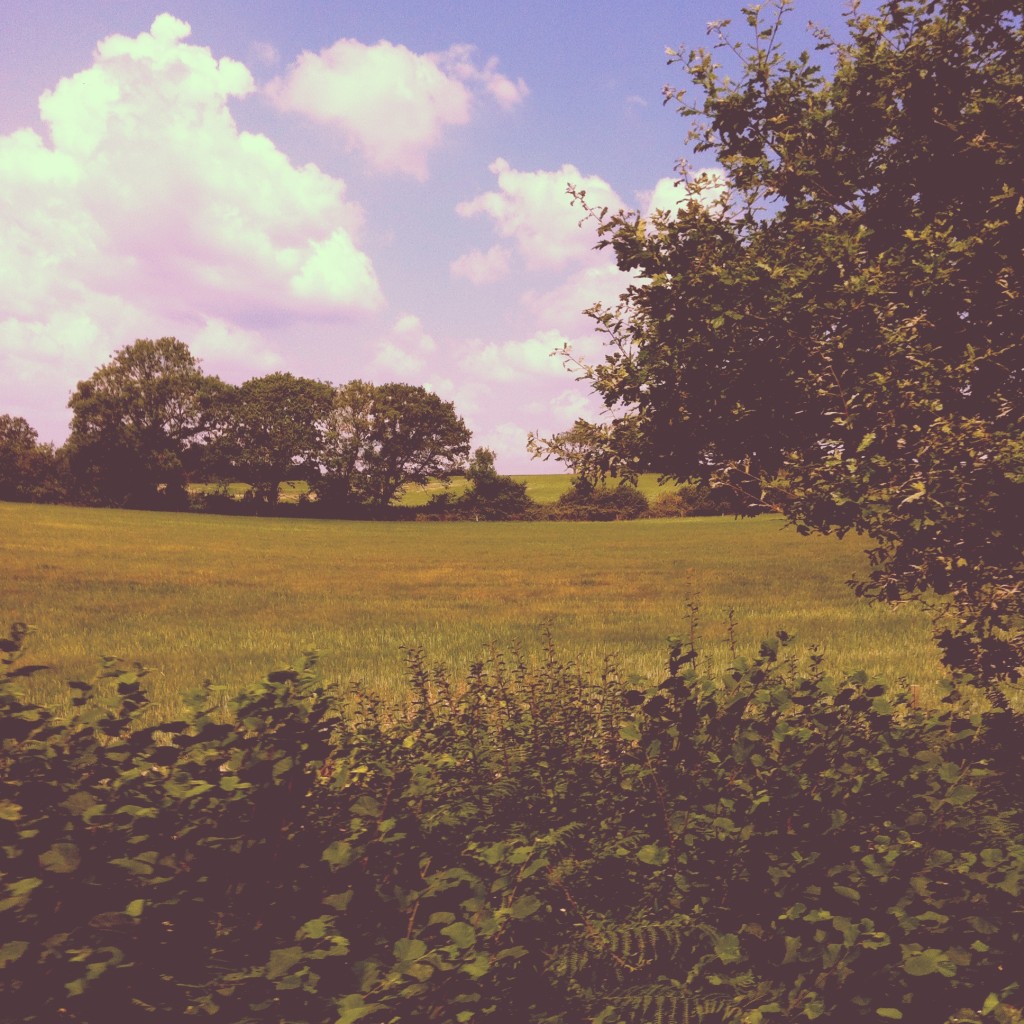 From 28th June to 14th September there’s a ‘travel concierge’ service just outside the Italian restaurant as you exit Brockenhurst station. It’s bright green, so you can’t miss it. They encourage visitors to get in touch before arriving, as this means they can give advice about tour times and things to do if you decide to hop off en route. There’s also a ‘Tech Crèche, a safe where you can leave all your gadgets behind for free. 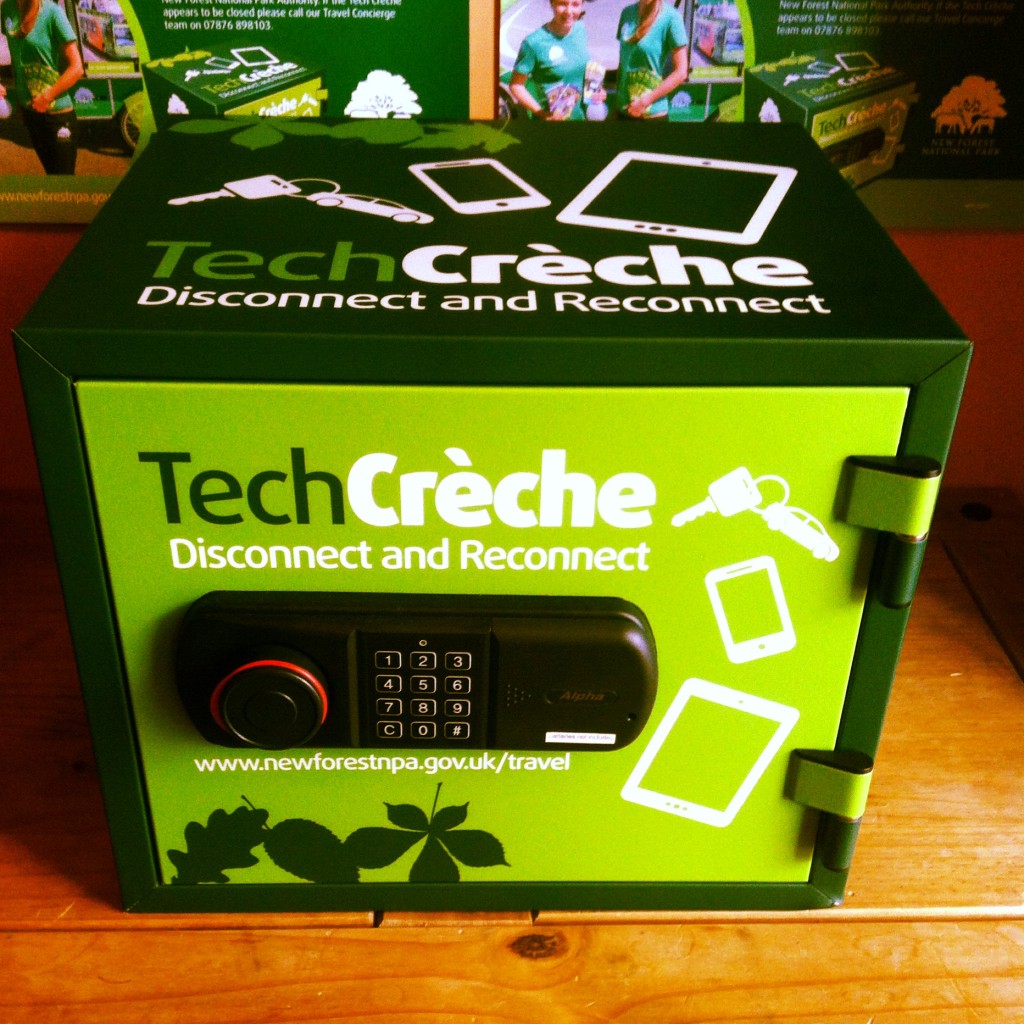 The New Forest prides itself on not just being literally green, but environmentally green too. Leaving the car behind and taking the bus is a great way to see the forest and coast and there’s an open-top bus tour that takes visitors all over the area. Sitting on the top deck is an English safari experience, with stunning views of the trees and heaths and a better chance of spotting more of the 9,000 animals that live here. The New Forest Tour has three routes, red green and blue and visitors can hop on and off as they please.

I did the green and blue routes in one day, but would recommend choosing just one per day, or just a bit of each, as otherwise your stomach is having a four hour ride with you, which might be a bit much even for the most hardened traveller. 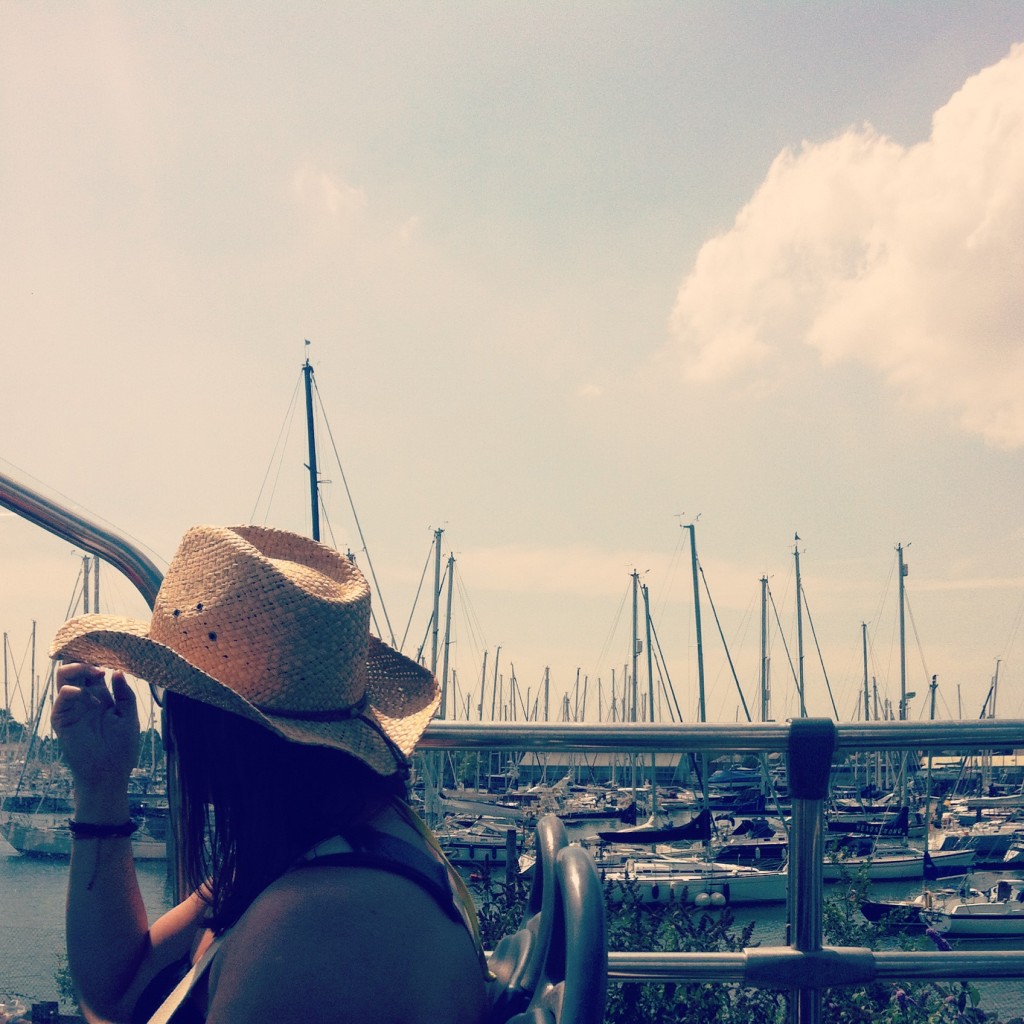 Beccy from the travel concierge service told me a lot of people like the blue route best, as it travels past the coast and you can get out to look for fossils at Barton-on-Sea, or ride the wee ferry boat to Hurst castle from Keyhaven. The blue route also takes in Burley, where you can visit little shops selling trinkets relating to witches and fairies, ‘believed’ to have lived around the area many years ago. Bikes can be rented from Forest Leisure Cycling so you can cycle past the trees and heather-covered heaths. And both routes feature ponies, horses and cows with gigantic horns, all of who have right of way over vehicles. 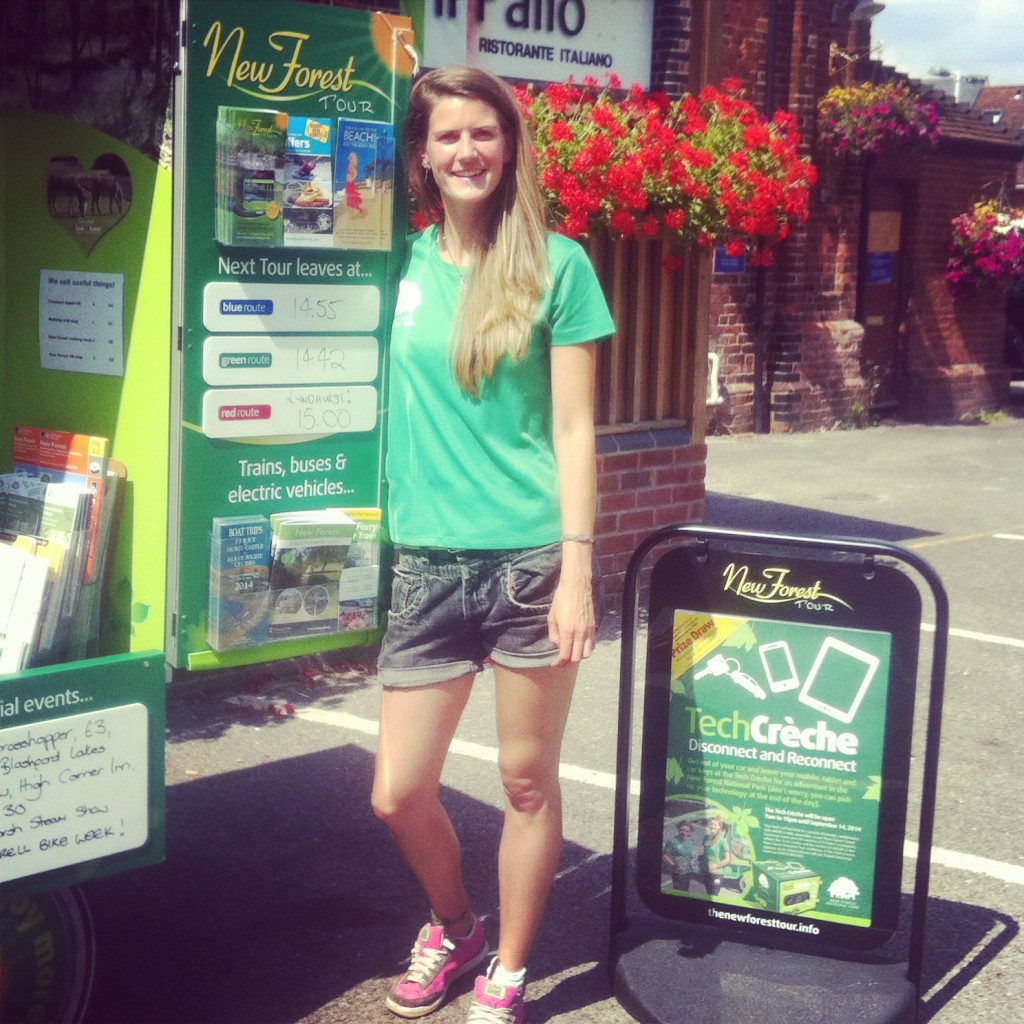 If you’re not going to rent a bike, and only have the day, personally I’d choose the green route. There’s a tad more forest flora and fauna to see and some great stops. On the green and red routes you can stop at Lyndhurst for a cuppa and walk to St. Michael & All Angels Church, where Alice Liddell AKA Alice in Wonderland’s grave can be found.

The blue and green routes both stop in Lymington, with a sweet Quay from where you can go crabbing. (I’m a massive fan of crabbing, a favourite pastime as a child visiting Swanage). The green route also has Beaulieu – ‘much more than a motor museum’ – where you’ll find a park with its own monorail the Beaulieu Abbey; purportedly one of the most haunted places in Britain and of course the Motor Museum. Your tour ticket gets you a 20% discount on the £19 entrance fee but if you don’t want to fork out for a ticket you can alight at the next stop, Beaulieu village, which is very charming and has a view of the abbey. There’s also a good walk from Beaulieu Village to Buckler’s Hard that goes past Beaulieu River. 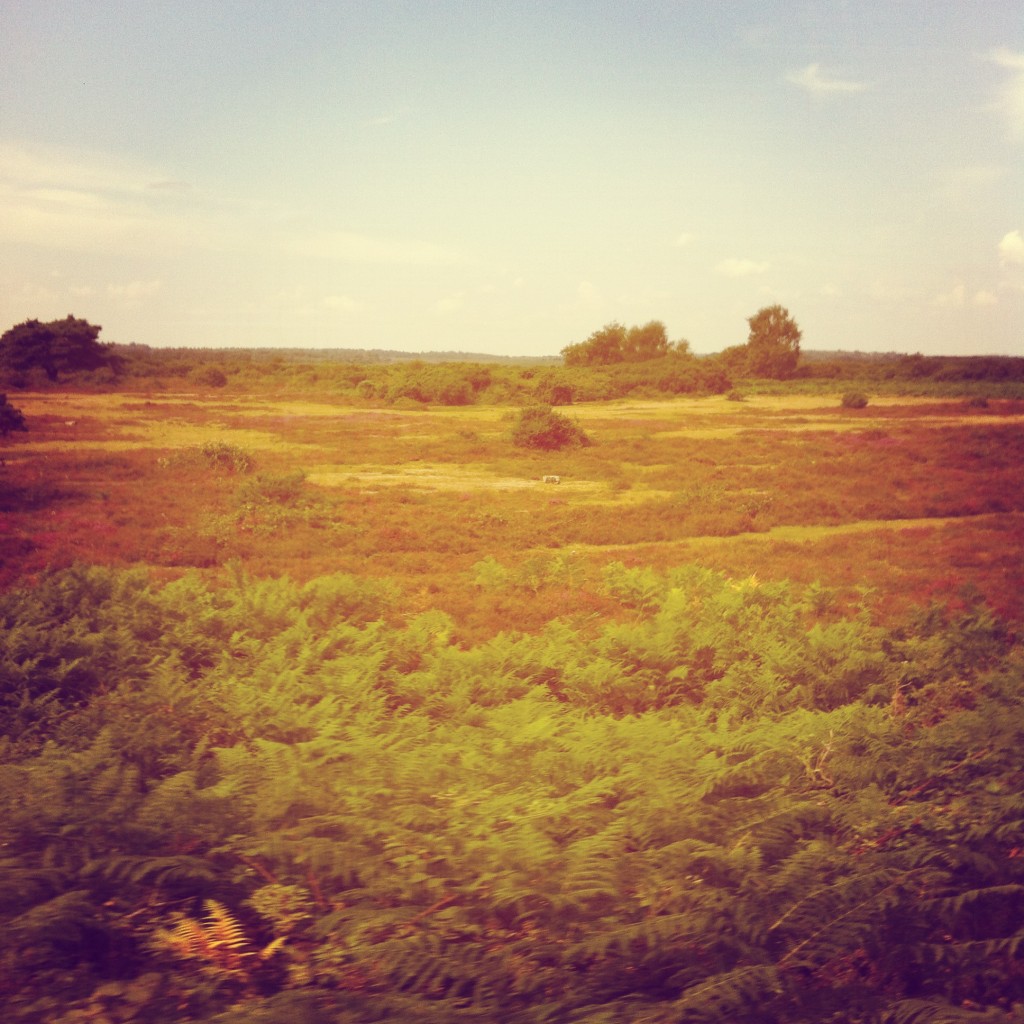 You’ll find a map for it in the guide that comes with the tour ticket.  Also on the green route are the 20 miles of flower-bedecked pathways in Exbury Gardens that have their very own teeny tiny steam train. In Hythe there’s another train, the electric pier train, which is the oldest pier train in the world. You can take a 45-minute ferry to Southampton and back too.

For just £14 (10% discount if you book online at http://www.thenewforesttour.info) the New Forest Tour is well worth it, especially if like me you don’t drive. If you’ve enough time in Brockenhurst itself, see if you can find the donkeys and say hello from me.

PS I didn’t have time to do the blue route but below is a video of it. Not many people realise that the New Forest has a coast!