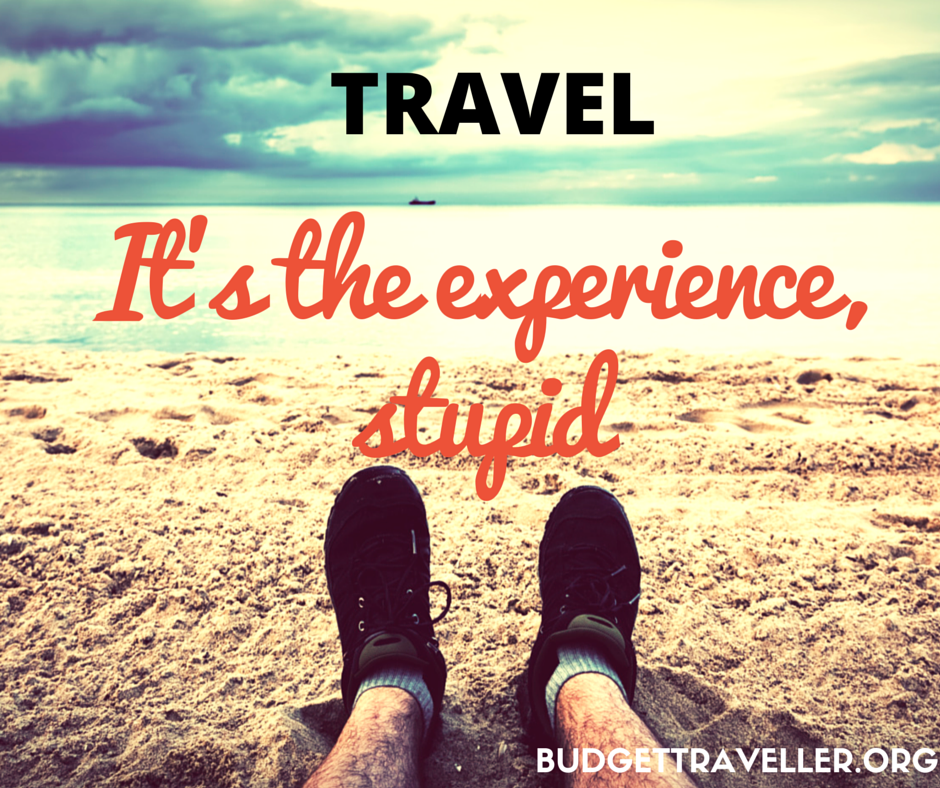 Happy Anniversary to me!

Thanks to LinkedIn, I discovered in April that I have been blogging about budget travel for 6 years.

I’ve been travelling on a budget for almost 14 years now.

Don’t let me fool you though.

I do once in a blue moon, love my moments of luxury. Like most budget travellers.

However when it comes to travel in general, I prefer travelling on a budget.

In the beginning I became a Budget Traveller based on necessity rather than choice because 14 years ago I had almost no money to travel with.

As an international student, paying £6000 a year in tuition fees I was always pretty hard-up.

However, whatever money I earned, I saved every penny.

I stopped eating lunch at the university canteen and brought my own packed lunch.

I worked extra hours at my part-time job.

I cut down on the big nights out with friends over the weekend. (I would only go out on a Wednesday night when the drinks were just a £1 at the Student Union).

I hired a DVD with a group of university mates and watched movies at home instead of going to the cinema.

I hadn’t seen much of the world so I lived, loved every trip opportunity that came my way.

The act of travel in itself was a luxury, a privilege. ‘A miracle’  as one famous musician recently reminded me. Thanks to 2 pence return flights with Ryanair, international travel was not a fantasy anymore.

Every penny, pound saved was one step closer to the ultimate goal of travel.

I would spend months saving up.

The fun would begin long before the actual journey.

I would read, reread the Lonely Planet (Europe on a Shoestring) guide.

Visualise the whole trip in my mind. I would obsess over every detail. Which would be the best restaurant to visit? Remember, 14 years back there was no TripAdvisor, blogging was in its infancy. Guidebooks were the only source of travel inspiration.

As much as I enjoy the actual act of travel I have always loved armchair travel. Reading travel guides. Researching the dishes of the country. Trying to even cook them before I visit the destination. I think I often have more fun planning a trip than actually going on holiday? Is that weird? Answers on a postcard please.

Flying Ryanair was and has never been since, an ordeal. I’ve had far worse experiences with more upmarket, premium flight brands. You get more than what you pay for when you fly Ryanair.

I would wait till midnight for their flight sales to grab their 2 pence return flights. #nostalgia

I would travel carry-on only which was sufficient for a few days break.

While everyone was waiting for their luggage at the carousel, I was already starting my trip, boarding the bus into the city.

As I’ve grown older, some travel habits have changed.

Michael O’Leary sadly no longer sells flights for 2 pence return. Ryanair do the occasional #flashsale offering flights for 30 pence but those fares are far and few between.

I prefer my own space nowadays so whenever possible, I like to have my own room.

Thanks to the Luxury Hostels project, I have discovered a whole range of beautifully designed hostels that have private rooms and in many cases, ensuite bathrooms. However staying in these design hostels, I realised that each of them offered me an experience I could not find in hotels or your standard hostels. I recently visited Tattva Design Hostel in Porto, met some lovely people and the highlight was a cracking three course Indian meal I enjoyed in the new hostel restaurant. The funny thing was that the restaurant was packed with locals. I was the only hostel guest dining that night. Years from now, I probably won’t remember the cosy double room I slept in but I will remember that meal.

It is not just me.

I am increasingly meeting more older, mature travellers, business people and entrepreneurs in these hostels. These guys have money but are choosing to stay in hostels because they are getting a far richer experience than staying in a £80 a night chain hotel.

Some of them are happily staying in 4 or 10 bed dorms. When I push them to answer why they choose to stay in dorms when they clearly could afford a private room they simply tell me that they’d rather spend their money on things that are important to them.

The more I ask this question to all travellers in my age group and even late 20 somethings staying at hostels, I realise that their motivation for staying in a hostel or budget hotel wasn’t simply to save money. It was about saving money to spend money on experiences that were important to them.

Going for a 3 hour gourmet food tour. Going to a nice restaurant or the new Michelin star diner for lunch. A good bottle of wine or a delicious cocktail at a swanky bar. Spending money on adventure sports activities like paragliding or canyoning maybe.

The common thing is that all these experiences were not cheap at all. These activities could easily be classified under the banner of ‘luxury travel.’

The truth is that we are now all budget travellers and luxury travellers to some extent. Businessmen are staying in luxury hostels or AirBnBing it. Luxury travellers are flying easyJet and at travelwebsitedotcom booking a secret 4 star hotel in Berlin for €60 a night.

There was a survey done by WYSTC  which found the average spend of the youth ‘budget’ traveller had doubled in the last 10 years. Youth travel (defined as 18-34) market now accounts for 9% of the world’s GDP.

So next time when someone questions you if budget travel is cheap travel or luxury travel is better than budget travel… tell them it’s the experience, stupid.

By Peter Parkorr   A luxury hostel in a fantastic city, with history and the Mediterranean sea to discover, Lol Hostel is a great…