One of my highlights from this year’s ITB Berlin conference was the launch of the New Horizons III report  by Professor Greg Richards from Tilburg University . 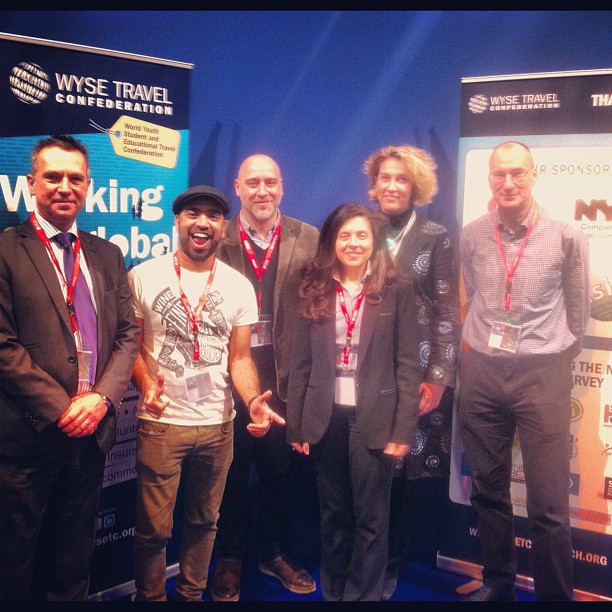 Highlights of the survey

This is the largest survey in youth tourism ever with over 34,000 youth travellers interviewed. I thought for the benefit of those who were not present, I’d summarize some of the findings from the report which had some fascinating insights.

1.Youth tourism spend has doubled in a decade

As the survey results revealed, despite the global recession, youth tourism is a growing industry with the total spend of the youth traveller doubling in over a decade: 1500 euros in 2002 to 2900 euros in 2012.

People are ‘travelling younger’ with the fastest growing segment in the youth segment , the affluent, 30-34 age bracket which is now takes up 17% of the market while the 23-25 and 25-30 age bracket is in decline.

Digging further into the survey results, 31% of people in the 30-34 age bracket were choosing hostels compared to 32% in the 20-22 age bracket.

3. Decline of the backpacker, rise of the flashpacker

The report confirms something I’ve witnessed over the last year visiting hostels across Europe : Hostels are diversifying in terms of their customer base. They are no longer the preserve of 20 something backpackers-50% of their market according to the report are now the new breed of affluent, tech savvy backpackers know as ‘flashpackers’

4. Flexibility of time and low cost airline fares are key factors when planning their trips

48.5 % of youth travellers plan their trips whenever they find time available so are flexible in terms of planning their trips plus 48% book trips around whenever cheap fares are available.

5. Top 5 cities for youth travel are…

6. Hostels-still the favourite choice for youth travellers but hotels, apartments not far behind

At 33%, hostels still remain the favourite accommodation of choice, closely followed by hotels at 32% while 22% of the survey choose to stay in apartments, latter an interesting stat. Only 4% couchsurfed.

Price still remains the overall key factor when booking a holiday (80%) while 23% regarding mobile booking access as key.

Youth travel is important for the future of travel.

The youth traveller of today is the customer of tomorrow. The German National Tourism Office recognises the power of youth travel has just launched a campaign to encourage young travellers from all the world to come and explore it’s a youth hotspots. They’ve launched a cool, interactive website and mobile phone app which allows young people to share their tips of their favourite youth hotspots-everything from clubs, shops or cultural attractions.

Especially with the launch of the WYSTC New Horizons III report, the BudgetTraveller is really excited to be part of the GNTO’s year of youth tourism campaign where I will be exploring Germany by rail exploring these youth hotspots over the next few months. ( Details coming up later this week)

It’s an exciting time to be involved in youth tourism and I hope the WYSTC report and the GNTO campaign will inspire other tourism brands and organisations to rethink their youth tourism strategy and invest in this much neglected sector of the industry.

To find out more about reading the full New Horizons report and other WYSTC research, check out http://wysetcresearch.org/

Autumn in Paris. It feels strange to be writing about Paris now after all these months. However, here I am on the cusp of…