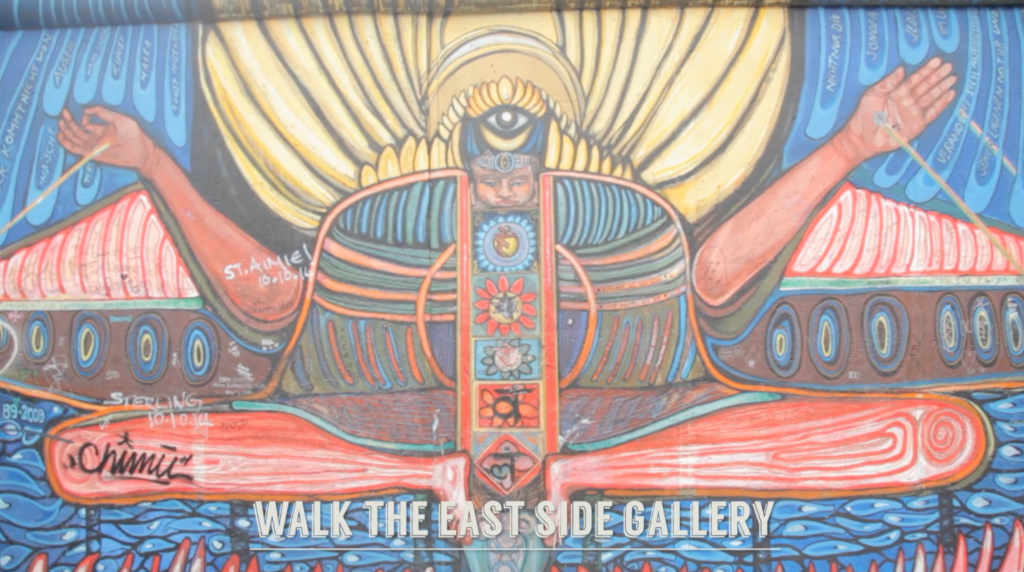 1. Walk the East Side Gallery

The East Side Gallery aligned to the River Spree, forms the remains of the erstwhile Berlin Wall. In 1989 when the wall was pulled down, several hundreds of artists decided to emblazon it with various pacifist images and slogans, in keeping with the symbolism that the torn down wall projected. 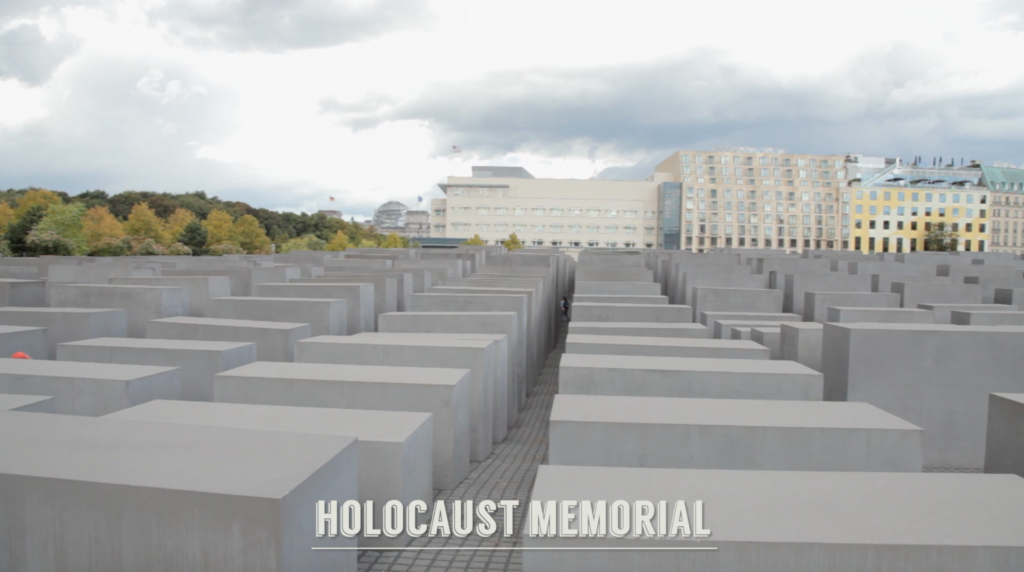 Holocaust Memorial is another moving and symbolic architectural gem of Berlin.

The memorial’s 2,711 concrete slabs or “stelae” of the memorial are arranged in a grid pattern and varying in height from 0.2 to 4.8 m helping to create a confusing, disorientating and claustrophobic ambience which was the creator, Peter Eisenman’s intention. The memorial is one of those places that you have to experience yourself to fully realize it’s meaning.

While visiting, you can visit the subterranean underground museum (Entrance € Free, but donations are welcomed) which reveals the painful and disturbing history of the Jewish Holocaust victims. The museum has a database of all the victims. Visitors can go online and query names of the victims, or record them. 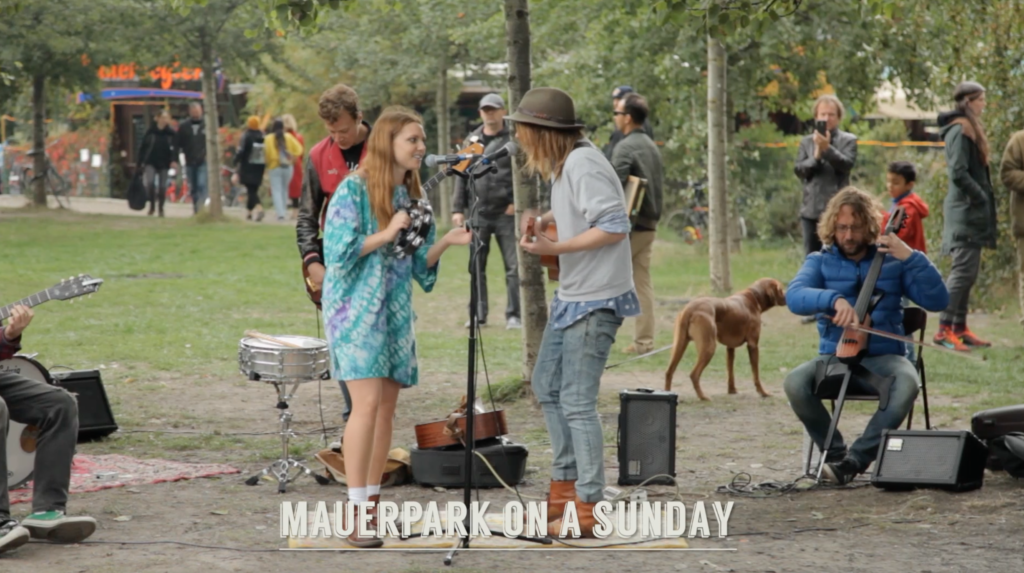 3. Mauerpark on a Sunday

Mauerpark which translates to ‘Wall Park’ is a park in the Prenzlauer Berg district. Its name derives from the fact that it formed part of the Berlin Wall. This urban park was historically the Northern Railway Station and in 1946 after the division of Berlin, the land was split between the French and the Soviets.

Today this park is a fountain of youth and pleasurable activities. Situated in the trendy and fashionable Prenzlauer Berg district, every Sunday the park assumes the avatar of the Flohmarkt am Mauerpark or the Flea Market. There are lots of items to hunt through- all from aged vinyl records to vintage fashions to antiques and nicknacks.

Expect large crowds on Sunday’s, where the jugglers, musicians, and sports people contribute to the buzzing atmosphere. 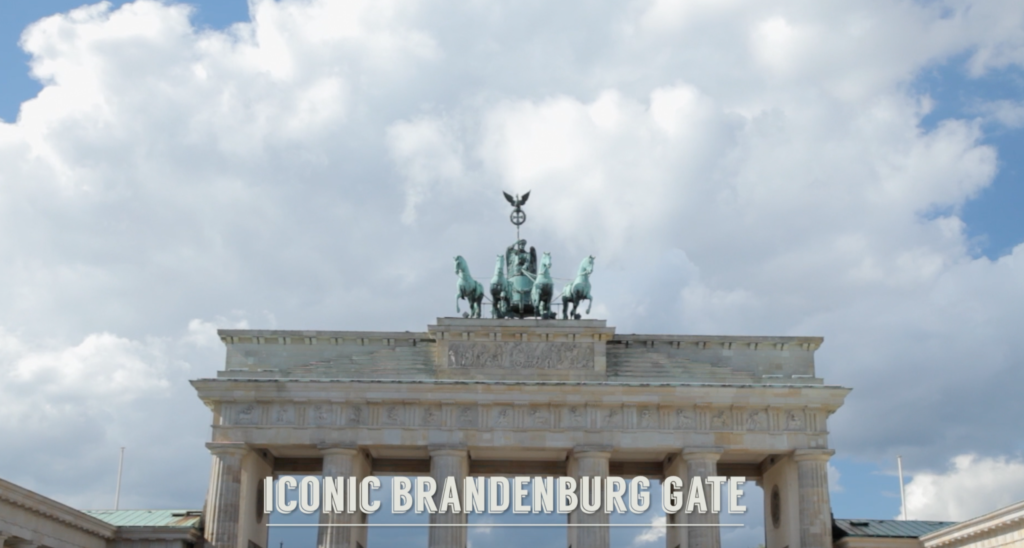 If you’ve seen images of Berlin the city, you will be aware that the Brandenburg Gate is an iconic face of the city. Built in the mid- eighteenth century, the architecture follows neo-classical lines and consists of twelve Doric columns, six a-side flanking the tall gate embellished with a chariot drawn by four horses or Quadriga.

Though its image was associated with that of the Nazi party’s symbol of power, today the Brandenburg Gate is a venue for New Year’s Eve fireworks, victory rally’s for sporting events, and is also the finish line for the Berlin Marathon. 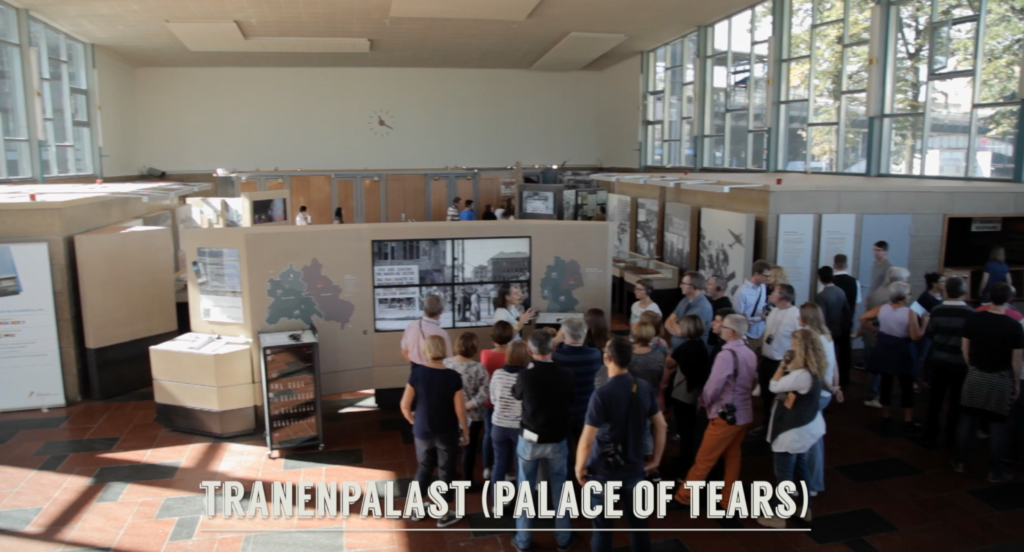 This is a place fraught with heavy emotions and tears- hence the name Palace of Tears. The site of a border station, Berlin Friedrichstraße Station, during the time of the Berlin Wall, this is where people travelling to West Germany from East Germany would say goodbye to their kith and kin who were detained in East Germany.

Today it is a permanent exhibition, serving as a reminder of the history of German separation and contains several original papers, photographs, artifacts, audio and video recordings documenting the history of the place. 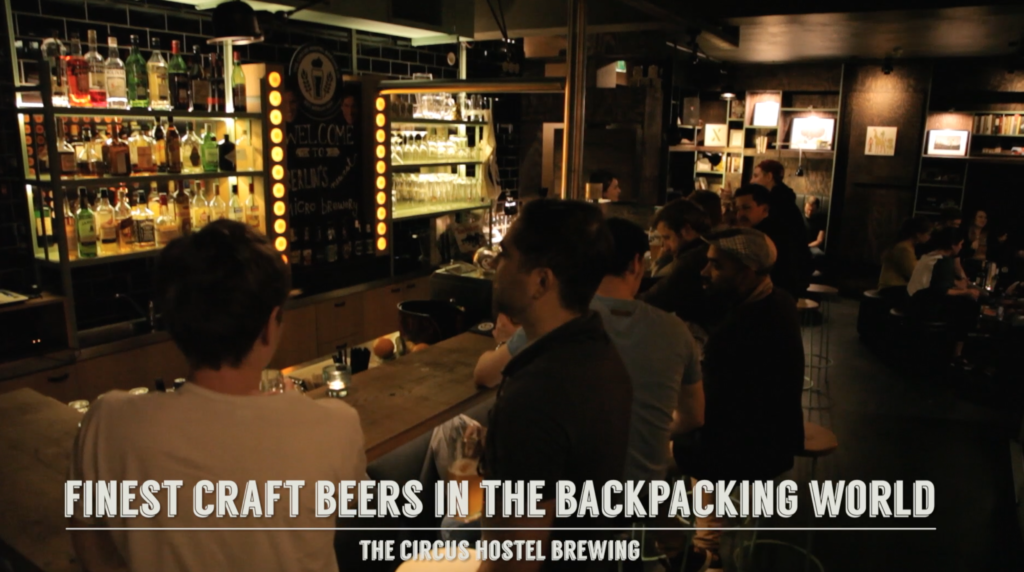 Ever thought of finding your perfectly palatable craft beer at a hostel? No, me neither. That is until I stepped into the basement of the Circus Hostel. The hostel has a microbrewery and makes its own craft beers. Come for the beer, come for the friendly atmosphere, and while you are here, pop into the Hasselhof Museum next door. 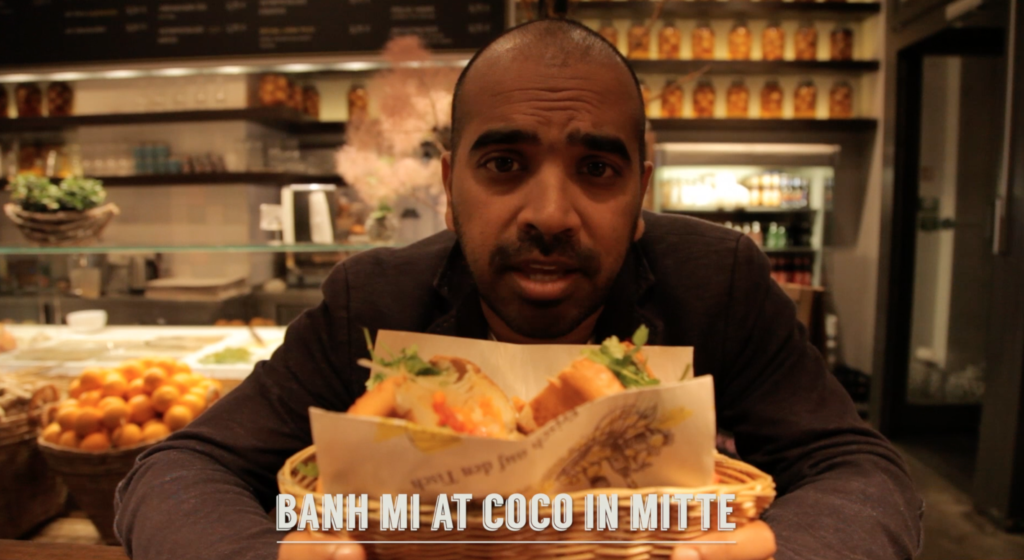 7. Try the Banh Mi at Coco in Mitte

Meet the best sandwich in the world- the Banh Mi. Whenever I visit Berlin, I try to visit this wonderful unassuming Banh Mi Deli serving up the most delicious sandwiches in town. With very affordable 5 euro prices, you really can’t go wrong with this option for lunch or dinner or even both. 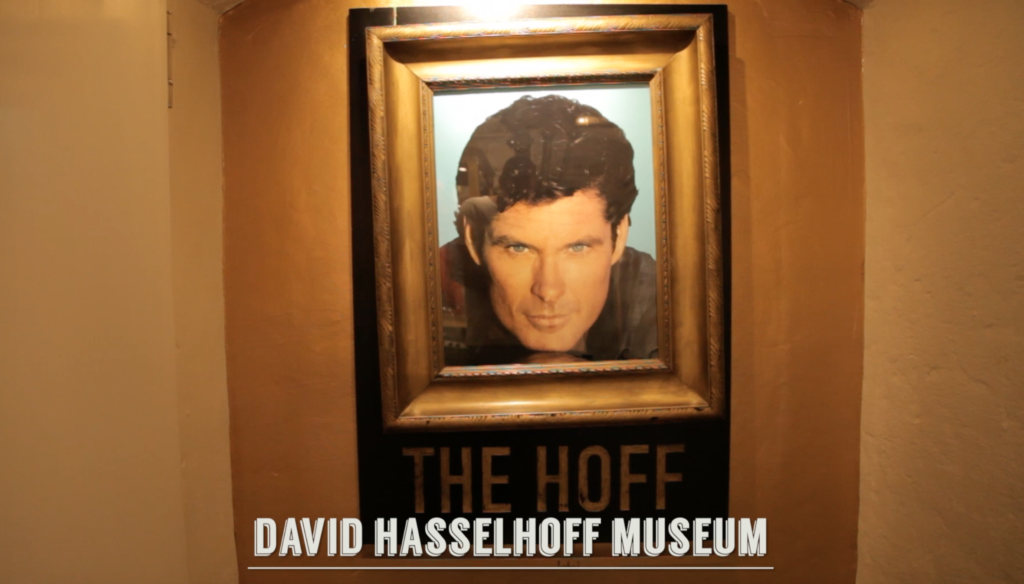 If you know anything anything about the strong relationship between David Hasselhoff and the German nation- you’ll know that it’s not a good thing to hassle with the Hoff. Nobody knows it better than the good folks at the Circus Hostel Berlin, who have come up with the sweet idea of setting up a permanent memorial to the Hoff in the form of a Museum in the basement of the Hostel.

What can you expect to see at the museum itself? Well a life size mural of David with what looks frighteningly like a lot of chest hair is definitely on the cards. Also be prepared to be bedazzled with a lot of Baywatch paraphernalia.

This museum definitely ticks all the boxes for being quirky and memorable. 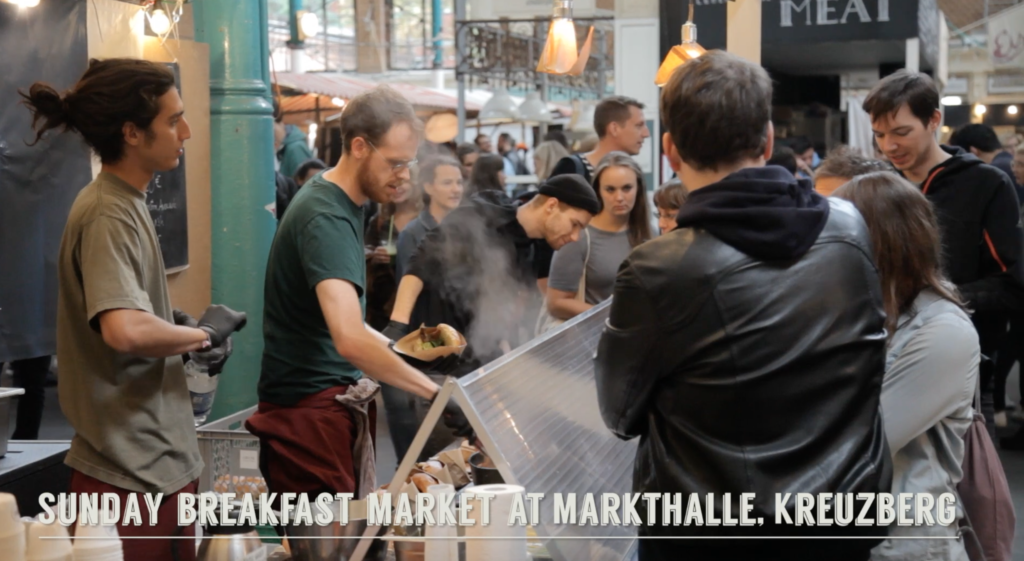 Berliners love their Sunday brunch and this market, taking place every third Sunday of the month is definitely something you want to check out. Taking place in the Markthalle in Kreuzberg you can sample a wide variety of food options from Bloody Marys,  Custard tarts and slices of focaccia to a good old Eggs Benedict 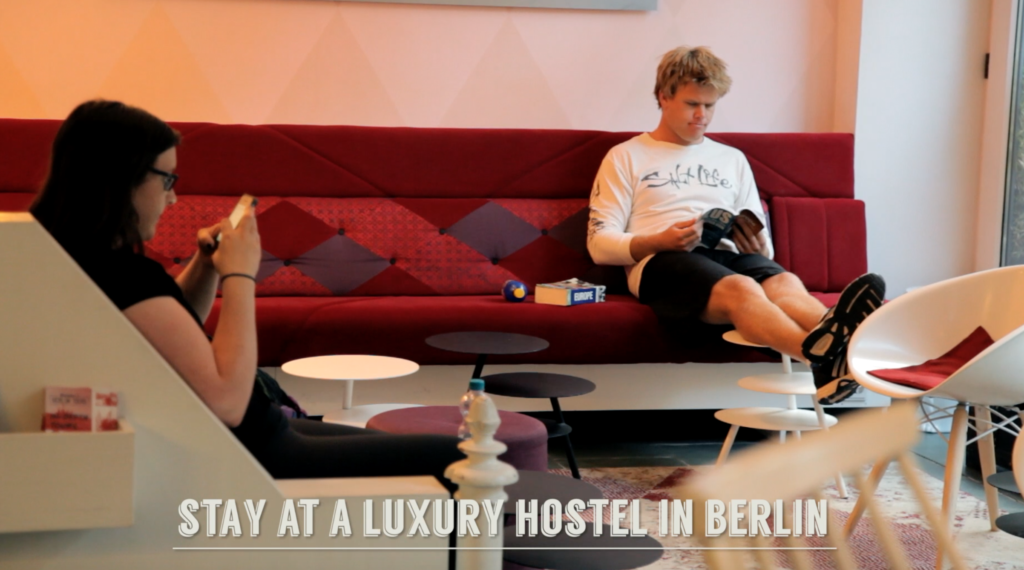 10. Stay at a Luxury Hostel in Berlin

Berlin is one city that does not skimp on the accommodation option of luxury hostels. If you are looking for a place that combines style and affordability along with a social vibe, then Berlin’s choice of luxury hostels won’t disappoint you. Check out my popular guide to cool places to stay in Berlin

I am excited to have on the blog today my good friend and fellow LFC fan, Dan Convey (of Coffee and Caminos) Dan is sharing his…