Budget Traveller intern Amy took up the challenge recently of finding how easy ( or hard ) it is to hitchhike in the UK . Helping to raise money for University of Sheffield hitchhiking themed charity- ‘Bummit’, Amy tries to hitch a ride from Sheffield to Brighton.

When I told my family I’d be trying to hitchhike from Sheffield to Brighton, the response was unanimous.

‘Hitchhiking?!’ they asked in horror. ‘Why don’t you just pay for a train ticket? Do you want me to lend you the money?’

‘Isn’t that a bit dangerous? What if you get picked up by a murderer?’

or the more blunt response of:

‘Hope you don’t get raped.’

Hitchhiking, that long-forgotten hobby, has become a thing of the past.

Anyone driving is terrified of picking up an axe-wielding lunatic, and similarly, any potential hitchhiker is convinced anyone who would offer a stranger a lift must want to rape or maim them.

The horrified and suspicious reactions of my friends and family got me thinking;

How is it easy to hitchhike in the UK?

And the answer, for me, was: easy.

Ok, well… not easy. Getting stuck on a roundabout with no lay-bys for hours, getting moved on by the police and being given the finger by numerous boy racers were some minor blips in our journey.

But we made it! For every person who drove past us and awkwardly tried not to make eye contact, someone would stop and ask us about where we were going, why we were hitchhiking, and some offered help as best they could. A business man, who had never picked up a hitchhiker in his life, bought us lunch and drove an hour out of his way to drop us off nearer to our destination. 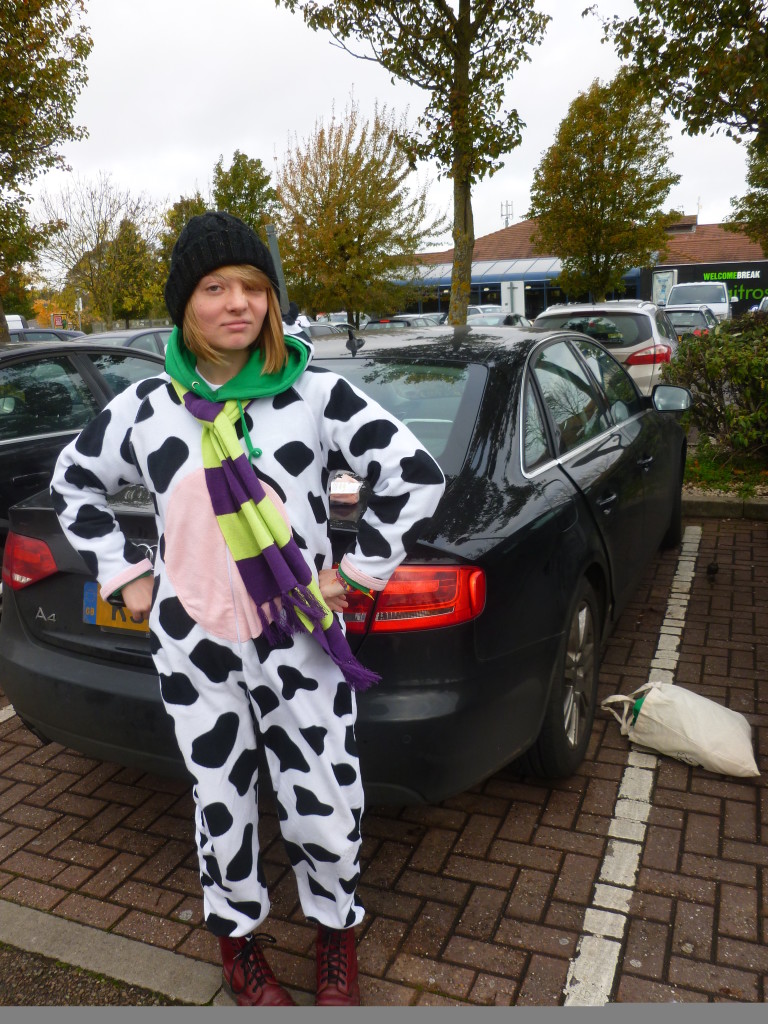 Nothing more badass than a lift in a company car

Funnily enough, the people who gave us lifts weren’t Bob Dylan fans in dungarees who wanted to share stories of their nomad youth; they were business men in shiny company cars who said they hoped someone would do the same for their own children. 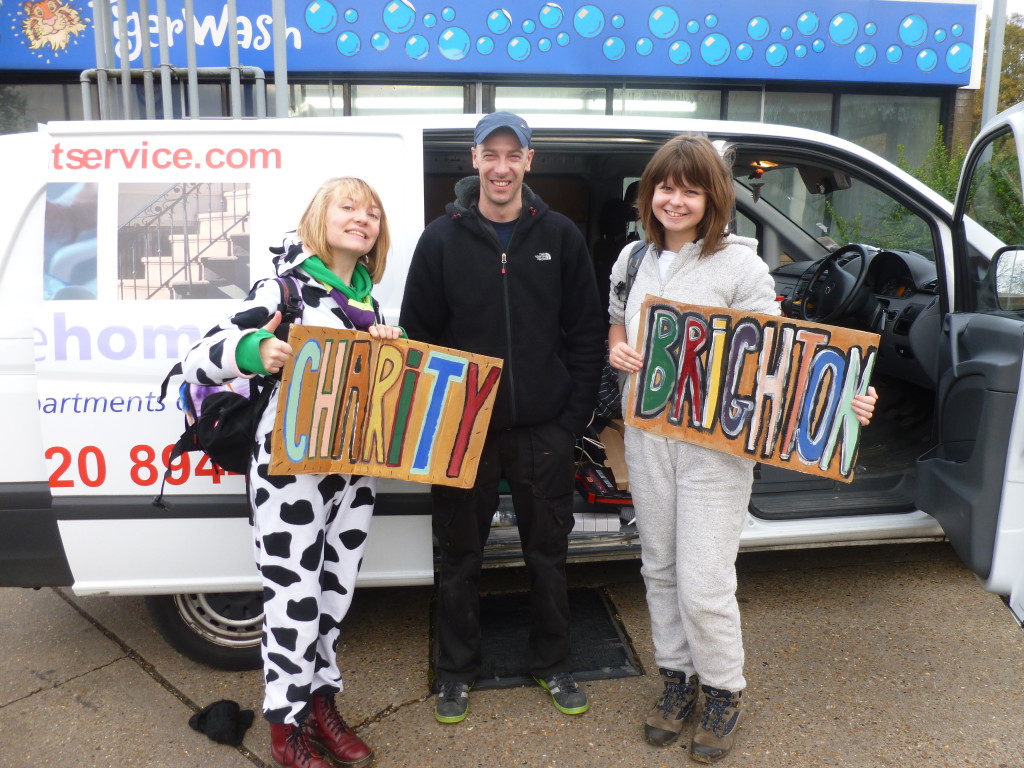 Never underestimate the kindness of a white van man

Of course, some of my friends who were attempting the same route weren’t as lucky. Although my team managed to hitch from Sheffield to Brighton in under 6 hours for free, I know others that got stuck. Horror stories of people being stuck on the outskirts of Slough and paying a substantial amount to reach their final destination got me thinking that maybe I just got lucky…

But we proved it. Hitchhiking in the U.K, although sometimes a little hit-and-miss, is not impossible! If you want to try it, I’d recommend the following things:

MY 4 TOP TIPS FOR HITCHHIKING:

It attracts attention and makes you seem less threatening. Onesies are a brilliant costume – what driver is going to think someone dressed in a cow suit is dangerous or threatening? 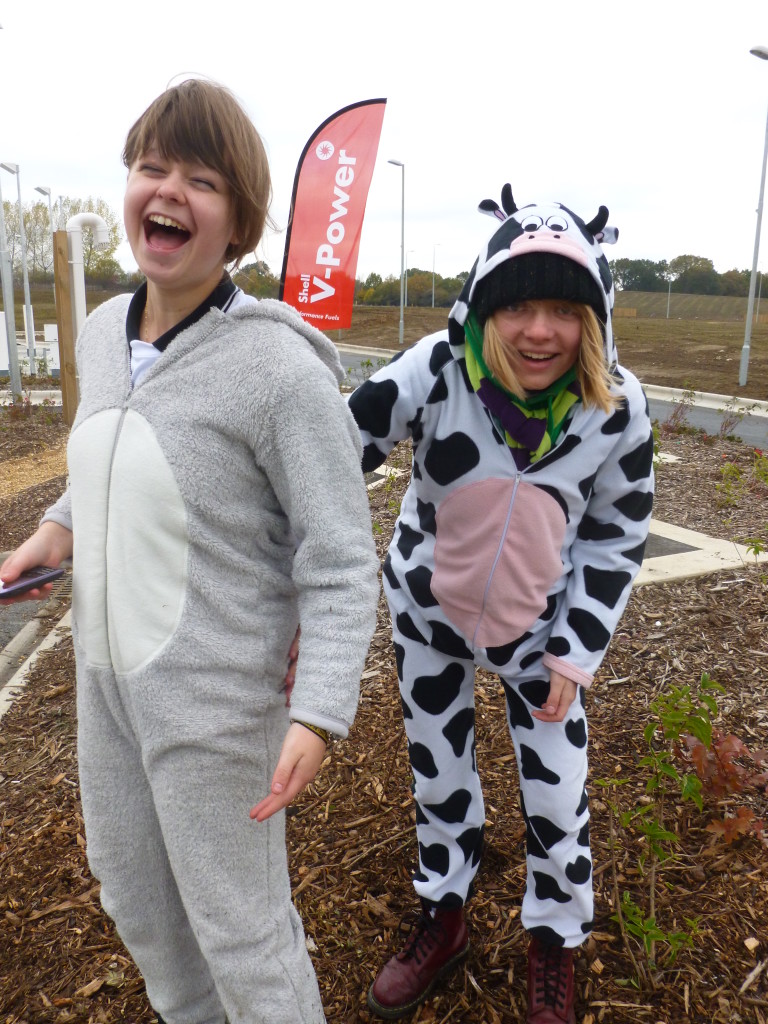 2.Use colourful signs to advertise your destination 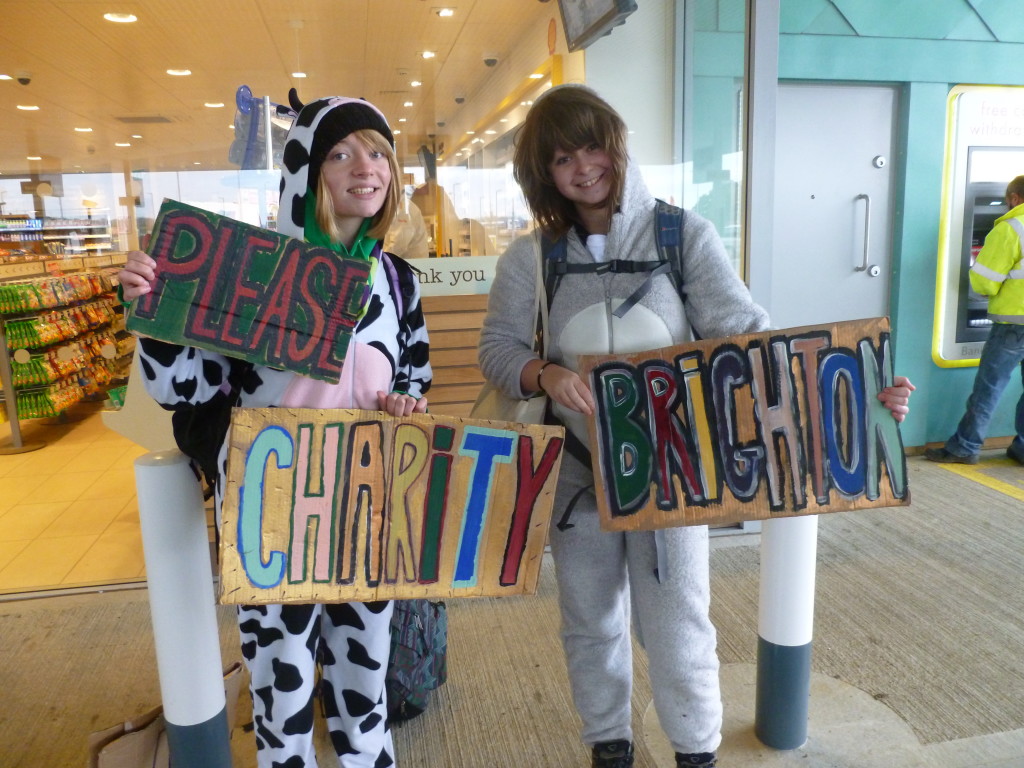 Anyone going to Brighton?

Your route changes depending on what people can offer you, and drivers are usually in a rush, so being able to check whether you can accept a lift quickly is very useful.

A driver wants to pick up someone that they can have a friendly conversation with, not somebody who looks like they might  bring the mood down!

So, some news dear readers and friends. After 7 years, I am leaving Edinburgh- the city I have proudly called my home.I’ve served…