Last year my girlfriend and I spent nine months living in France, rent-free. We were house sitters which means we looked after other people’s homes and pets while they were away on holidays themselves. We took on four different house sits ranging from two weeks to five months, drank plenty of wine and consumed our weight in baguettes and cheese on a weekly basis. It was a wonderful experience and it was incredibly cheap. Without the cost of rent, our only real outgoings were food and spending money. It meant we were able to live in France, a country we’d both wanted to live in for several years without having to go through the rigmarole of finding a place to rent and finding French companies that had job openings for two people with, it’s fair to say, very little French. In return for staying there rent-free we had a few chores to carry out. The amount of work you’re asked to do varies from house sit to house sit. This one was quite a bit of work. In addition to looking after the pets, we also had to mow the several acre lawn and even try to sell the homeowners’ car. In this House Sitting guide aka how to travel the world for free , I will try explain how House Sitting works and how you can find house sitting jobs around the world.

What is House Sitting?

All in all, it often makes much more sense to get a house sitter than to go with any of the alternatives. 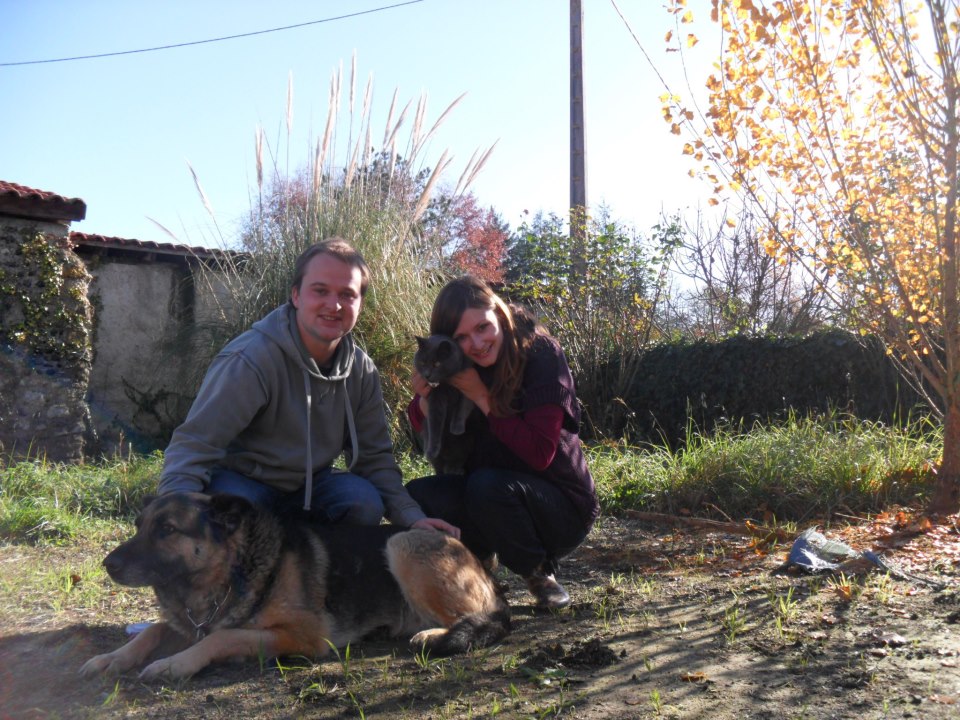 Us house sitting in France

Anyone who’s ever travelled for more than a few weeks will know just how much the cost of accommodation adds up. In places like Western Europe, Australia and North America this can make travel and especially long-term travel seem very unaffordable. But house sitting is more than just free accommodation – as amazing as that is – it’s a unique travel experience that gets you living like a local in a proper house and usually with pets as well.

Towards the end of our house sit last year we were invited to attend the local repas de chasse; a six course meal of venison, wild boar, cheese and other delights thrown by the local hunting society.

How to Find House Sitting Assignments

When we first started house sitting, we did everything to market ourselves to try and get more house sits; we built our own website, advertised, contacted expats living abroad etc. It was a lot of effort for very little return. These days we just tend to maintain memberships on house sitting websites like TrustedHousesitters.com who currently have around 500+ housesits to apply for. Of all the different house sitting sites, Trusted Housesitters tend to be the best reviewed.

We’ve also built up some good relationships with people we’ve house sat for before and so are frequently invited back for repeat house sits.

House sits can come and go in as little as a few hours, especially if they’re in luxurious locations (e.g. Saint Lucia) or otherwise very expensive cities like New York, Sydney or London. You can keep track of them via Twitter or email, but as soon as they go live it’s really a fastest first situation. Most house sitting sites have an option to get email alerts as soon as the house sit is posted on the site. Make sure you sign up for ‘real-time alerts’ as opposed to the daily e-mail alerts. Real-time alerts ensure you get an email as and when the house sit goes live, whereas daily email alerts are a roundup of house sits sent out once per day. The latter means you might be hearing about a house sit 23 hours after it has been posted and by that point it might already have gone. (Of course there are plenty of house sits that don’t get filled as quickly, but it’s just worth bearing this in mind about the ‘dream’ house sits.)

With its rich mix of history, state-of-the-art design, new age Nordic food and exciting art scene, Oslo, is a beautiful city which provides the…