Given my recent misadventures in Barcelona and being robbed TWICE, I asked local blogger and Barcelona expert Duncan Rhodes who has survived 5 years without being mugged….to give BudgetTraveller readers some tips about how to avoid being robbed in Barcelona. Take it away Duncan…

Inspiring architecture, fantastic flavours, action-packed nightlife, year-round great weather and a billion awesome things to do any time of day… from beach volleyball and open-air vintage markets when the sun is shining to street parties, fiestas and carnivals when it goes down… the pros of Barcelona have been gushed about in many a travel feature and on many a website (including mine! More info below). But are there any cons to life in the glittering, glamorous capital of Catalonia?

Yep, and top of the list by far are the city’s ubiquitous pickpockets.

As Budget Traveller has discovered – twice – pickpockets are a huge menace in the capital of Catalonia, and many an unsuspecting and unprepared traveller has had their holiday ruined by a brief moment of carelessness. However, as someone who has lived in Barcelona for 4-5 years, without being pickpocketed once (despite several attempts), I feel well qualified to advise BT’s readership on how to avoid being a victim the next time you’re sunning yourself in this sensational city.

Pickpockets operate foremostly on the metro, Las Ramblas, on the beach (especially at night) and in the Gothic District and El Borne. Basically anywhere where there are tourists. In fact my advice is not so much ‘avoid dangerous zones’, as that is all but impossible, but simply be conscious when you’re in one and turn the paranoia factor right up to 11. No one alert has ever been pickpocketed, and simply being aware when you’re in these areas will all but ensure that your possessions are kept nice and safe. 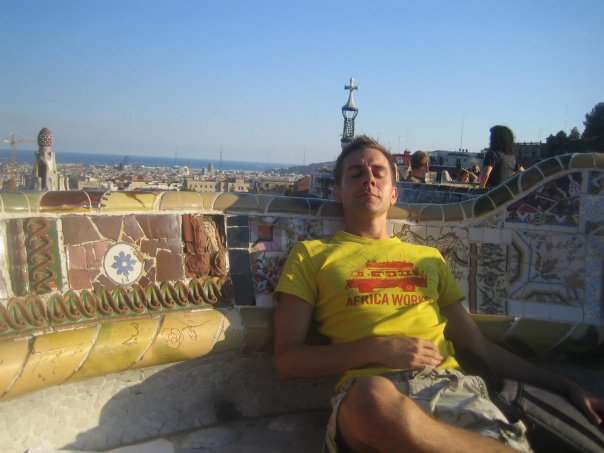 Protective hand over bag even when in fake sleep mode

Phone openly displayed on cafe table? Bye bye Mr. Nexus! Bag under table? Well at least you won’t have to carry it home. Wallet in loose/back pocket? Very charitable of you Señor Estúpido. Drunk on the beach? The story will be great at least… in five or ten years time.

I’ve heard a million tales of robberies in Barcelona and 99% of them fell into the above categories. Here are some more specific tips to avoid the above.

– Never leave anything valuable on a surface at any time. Keep your valuables in your front/safe pockets.

(Ninja-level bonus tip. If you do have to carry your phone in your back pocket, wedge it in sideways so that it sits tightly at the bottom of the pocket).

– Always keep bags zipped up at all times.

– When entering a crowded area or danger zone, switch bag from back to front, or tuck under arm, so you that noone can tamper with it without you seeing.

– A bag unattended, typically left under chair = stolen bag in Barcelona. Either keep it on your lap, between your legs where you can feel it, or – another ninja-level tip – stick your leg, or a the leg of your chair, through the strap… so that no one can run off with it without yanking you.

– On the beach or in the park, use your bag for a pillow when you sleep.

Other less common, but not infrequent, occurrences are bag/phone/camera snatchers… ie. the robber rips the valuables from your hands and does a runner (sometimes on a bike or moped). Girls should wear their bags across their body/shoulder, and expensive cameras should not be held loose in the hand but with a strap around the neck. 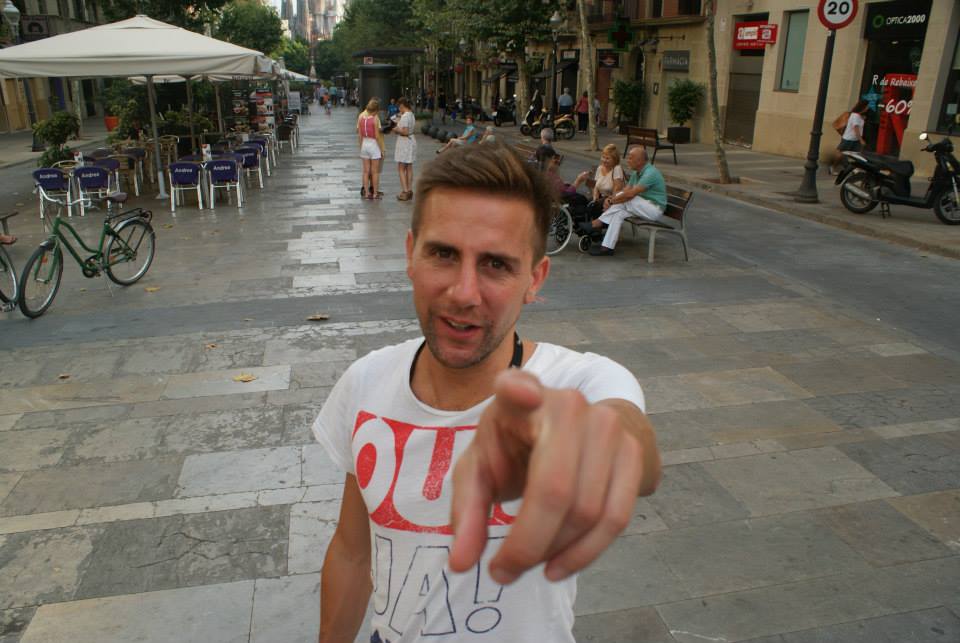 I’ve had people try to run scams on me twice in Barcelona. The first was a drifter type who handed me a nightclub flyer about a supposed Brazilian theme night… and then proceeded to teach me to dance Brazilian style by repeatedly kicking my leg. I instantly realised this was a distraction technique – sure enough his hand was in my wallet pocket – and I was able to push him away. I also saw this being worked on a drunk tourist near the beach once (so I guess it’s a common one) and was able to warn him of the danger. The second was a bit more intimidating as a group of muscular guys, who were either gay – or thought I was gay – surrounded me and started dry humping me. It was a tough choice to defend either my assets or my wallet/phone!! But once they realised that I realised what they were really after, they soon left me alone and I escaped… my dignity somewhat violated, but my pockets 100% intact. 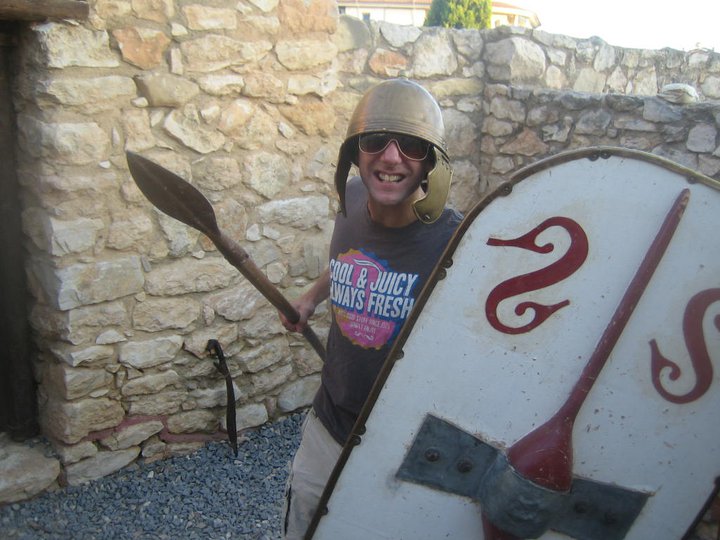 Another one that guys have to watch out for are the prostitutes on Las Ramblas. They often surround drunk guys and sidle up to them with wandering hands… it can be a struggle to shrug them off but just because you’re not interested in their services, doesn’t mean you won’t end up paying them everything you’ve got!

In general whenever you feel body contact with someone on the street be very very suspicious. It’s not a bad idea to carry all your valuables in one place, so that you can use one hand to protect them, and the other to protect yourself or push any would-be thieves away. It could even save you a dry humping! 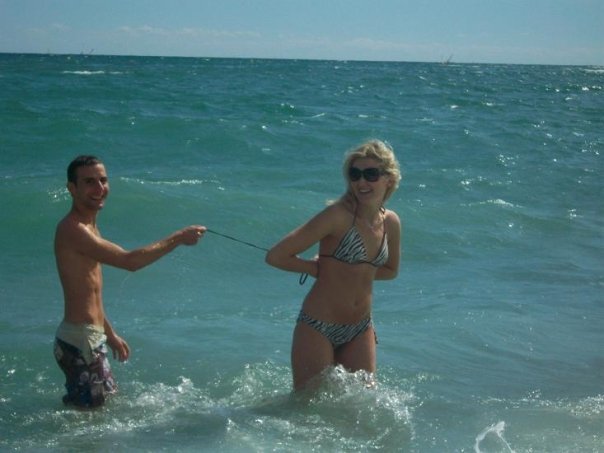 Girls watch out for guys trying to steal your bikini tops!

Damage Limitation. Carry Only What You Need

Being robbed hurts a lot less when it’s just a few euros that go missing. If you’re going out drinking at night, leave your passport and camera in the hostel, and consider taking out any unnecessary cards/keys etc. from your wallet. Girls… please please please don’t go out with a strapless bag full of all your stuff! Generally foreign girls exploring the nightlife stand out like a sore thumb in Barcelona and for sure the thieves will notice you… especially if you are in a big group. Do whatever you can to avoid carrying a bag… those mojitos are strong and chances are you’re going to get drunker than you expected! I would personally suggest instead of a dress and bag go with jeans/shorts/hotpants and pockets.

That’s it from me. I hope this article helps at least a few people avoid Barcelona’s bad guys and enjoy the city without any mishaps. For tips on the more pleasant sides of Barcelona do mosey on over and check out my travel guide, Barcelona Life, where you’ll find reviews of the best restaurants, bars and clubs, district guides… and even the odd bit of cultural insight!

“You can leave Hong Kong, but it will never leave you.” -Nury Vittachi, Hong Kong: The City of Dreams. I grew up in the…