Welcome to my Gdansk dairies.

I visited the city last week to check out what the city has to offer Euro 2012 visitors.

Given that nightlife will be high on the agenda of Euro 2012 visitors, in the first installment of my Gdansk diaries I’ve decided to share with you my experience of one of the city’s most unique institutions:  Brovarnia and the popular bar: Absinthe.

I was encouraged by a friend to go out and explore a bit of the nightlife of Gdansk.

‘You’re young plus you’re a single guy, it’s easier for guys to go out on their own.’

Not that I usually need much encouragement from anyone..

I still find when travelling solo I have to push myself to meet new people. I am a wee shy.

This is where BEER helps. 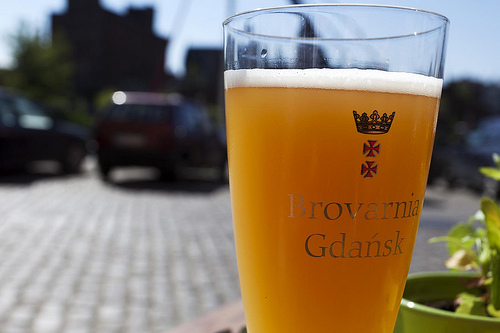 Good beer especially and I was lucky to be staying in the stunning Hotel Gdansk, which houses it’s own microbrewery: Browarnia.

They brew 3 types of excellent beer you can sample here: Brovarnia Light, Brovarnia Dark and Brovarnia Wheat Beer- all according to old traditions but using the latest technology.

Even on a Tuesday evening, this place was packed with thirsty beer drinkers and also locals tucking into intriguing fusion of Polish and International cuisine within their restaurant.

I went for just one beer but as it always happens… stayed for 3 in the end.

It had a warm, friendly vibe helped by the live music: on the night there was a fiddler and guitarist churning out classics like ‘First Time I Saw Your Face’ and ‘All the time in the World.’

Time for some …Absinthe

I managed to drag myself away in search of more nightlife gems.

On recommendation of locals I found myself at Absinthe. 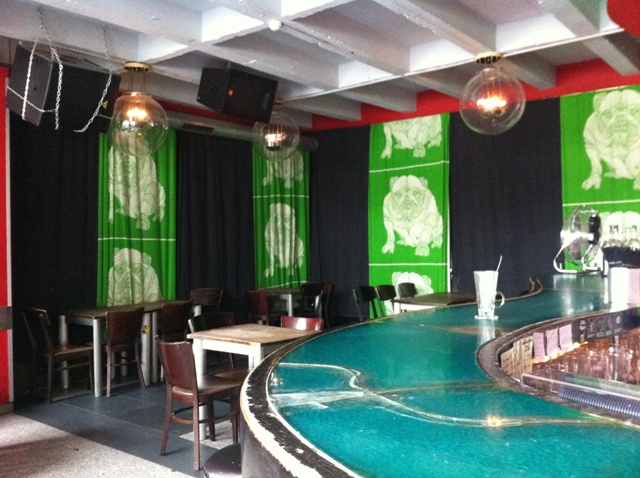 Crazy night out in one of Gdansk's best bars: Absinthe

When I walked in at around 1130 pm, the bar was quiet. Being a Tuesday, this was one more of the quiet nights for locals so I wasn’t expecting a lot of people to be honest.

He’d decided to come here on the recommendation of a famous travel guidebook.

‘I thought there would be more people here and be more happening but this place…. is just filled with guys.’

To be honest there were a lot of guys. Worrying signs.

Luis decided to split soon and asked me if I’d join him to visit some other happening bar recommended in the famous guidebook he religiously followed.

You know there is those magic few minutes when a bar transforms into some sort of mythical party paradise.

A group of mad party people crashed the joint and before you know it , I am dancing on the tables with these people.

Crammed for space, seems the party people had glued some of the rickety tables in the bar to stand on and stand out.

( Tip: To recreate the ‘stage’ in Absinthe, pull together the table on extreme left in picture above with tables next to it. Together, it forms a great vantage point to address the crowd  )

Playing Ace of Base.

I met some very cool people: pair of English guys- John and Chris travelling through Eastern Europe from Estonia. They had a crisis of confidence dancing on the ‘stage’ . Somehow I pulled them onboard and soon after an enthusiastic reception from the crowd they started executing some Peter Crouch un-inspiring robotic dance moves.

Then there were the Irish girls from Edinburgh- I can’t remember their names.

The Irish Girls from Edinburgh has a nice ring to it.

I bumped into them at the departure lounge the next day and both of them looked very weary and hungover.

Luckily, I left at a decent hour.

Quitting while I was still sober enough to enjoy the magical beauty of Gdansk night. 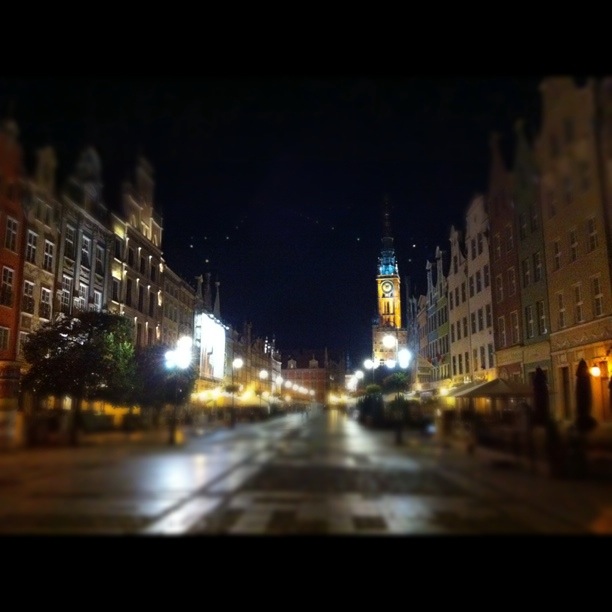 I love this city and the people. Plus a bit of Absinthe too.

This trip was kindly sponsored by the Polish National Tourism Board. For more about Gdansk and what Poland has to offer visit the Polish Tourism website

My thanks to Bogdan for his warmth, wit and irrepressible charm during my stay there and also big thanks to Alison Cryer from Representation Plus for your boundless energy, enthusiasm and for after me on this trip.

Also was amazing meeting the legendary Sydney Paulden from ICTM and the very funny and talented Christopher Wales.

Disclaimer: All the views about Gdansk and on this blog are my own.

Dear travellers & hostel lovers The world has stopped for awhile but we are still breathing, fighting on. In testing times like this,…