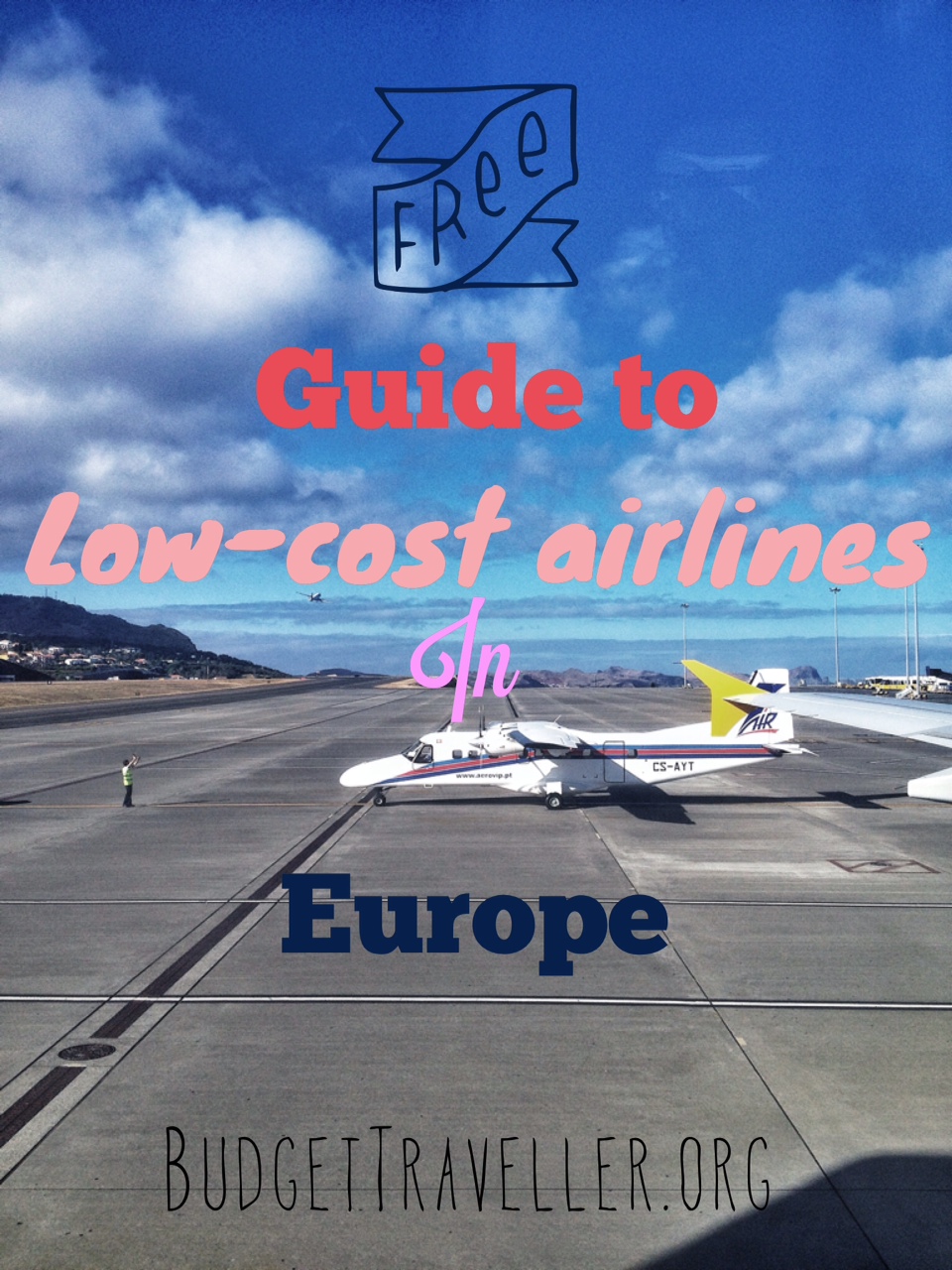 In the past few years, the travel game has changed drastically.

Where travelling by plane used to be an expensive mode of transport that could only be afforded by the rich, the rise in low-cost airlines means that nowadays it can be one of the cheapest ways to get around. Budget airlines offer cheap flights between European (and more recently, further afield) cities – these flights are usually found for under £200 return, but it’s not unheard of to get flights for under £30 return. Demand for cheap airfare has not only caused a dramatic increase in low-cost airlines, with new airlines coming into existence yearly, but has also meant that more and more destinations within Europe are being served – these days, it is often cheaper to fly between European destinations than it would be to get a train or bus! Crazy, right?!

Asides from the budget airline giants like Ryanair and easyJet, who have varied and growing flight routes that serve almost every major European city, most budget airlines operate between several specific regions. Smaller airlines may only have flights that fly between international hubs and key cities in their home country, and some airlines may specialise in flights between certain countries. For example, Hungarian airline Wizz Air connects Western European cities to several key areas of Eastern Europe, such as the Czech Republic, Hungary, Poland, Serbia, Lithuania, Bulgaria and Romania.

Currently, there are around 37 low-cost airlines operating, although turnover is fast and new companies are coming onto the scene yearly. 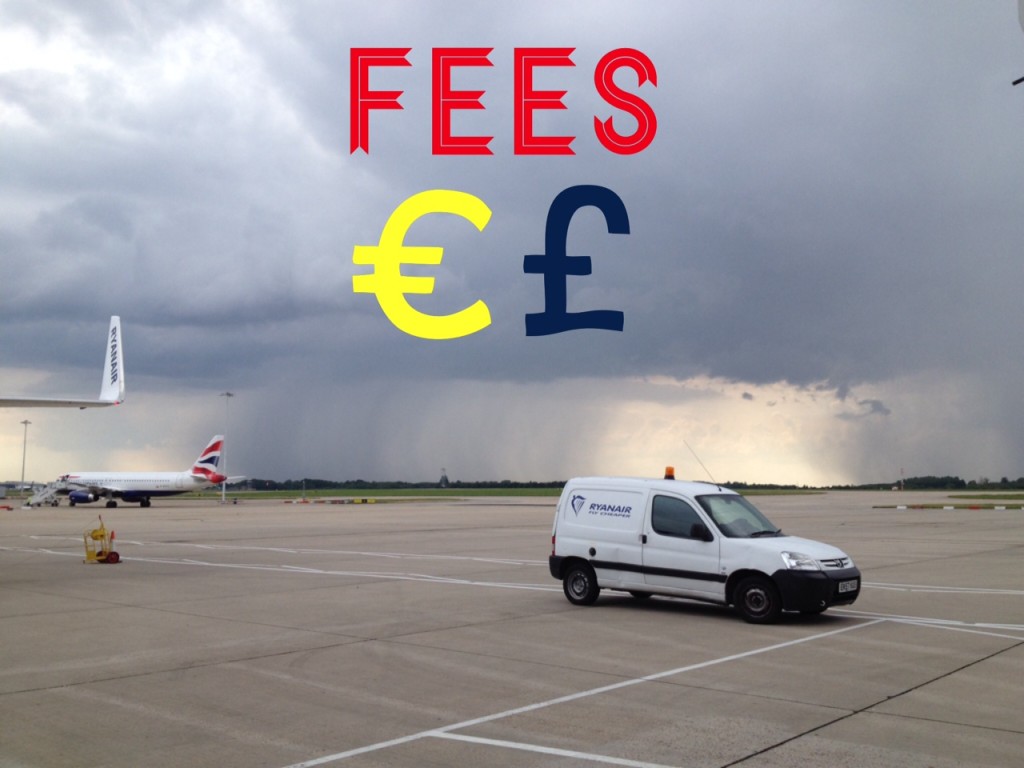 Unlike more traditional air carriers, low-cost airlines are often thought to deliver ‘no-frills’ service – with low cost airlines, you really do get what you pay for, and anything more than the flight will cost you. Expect to pay for:

Often far more expensive than even airport food, so it is a good idea to bring food with you.

Most airlines allow passengers to carry hand luggage up to 10kg for free (check sizing policies), but charge to store luggage in the hold. One 15kg bag could cost you from £15-30, and sports equiptment and pushchairs are always more expensive to transport.NOTE: it is a lot cheaper to buy check in luggage online than it is to do so at the airport. Also be aware that most airlines charge for overweight luggage – don’t underestimate the weight of your bag, or you will pay a hefty fine.

• Tax, as decided by the government.

• Seat allocation – seats aren’t allocated on low cost airlines, so if you want to ensure you sit by your partner or friend, it will cost you around £5 to reserve a seat.

• Admin fees, as charged by the airlines (easyJet currently charge £12 per transaction)

Whilst online check-in is free with most budget airlines, forget to do this and you will face a whopping fee at the check-in desk (up to £140!), so don’t forget to check-in online before your flight!

Most airlines will allow you the option of printing your boarding card yourself (usually an A4 printout). Don’t forget, as replacing the ticket the desk can cost as much as £20!! However, some airlines are ticketless, and only require a confirmation number and passport, so do check before you fly.

A lot of low-cost airlines will also try to sell you travel insurance, car hire and hotel bookings, so check your bill before you pay to avoid any unwanted expenditure!

• Travelling with a baby

Some airlines charge a fee for travelling with an infant on your lap. Check with the airline to avoid any nasty surprises.

Although the hidden costs of low-cost airlines can be extensive and off-putting, flights are still cheap even with added costs and fees. Flights are generally relatively well-run and, although quite basic, value for money. When booked tactically, flights can cost as little as £15 one way, including fees.

Flight comparison websites such as Skyscanner and Momondo are a great way to compare the cost of rival airlines. 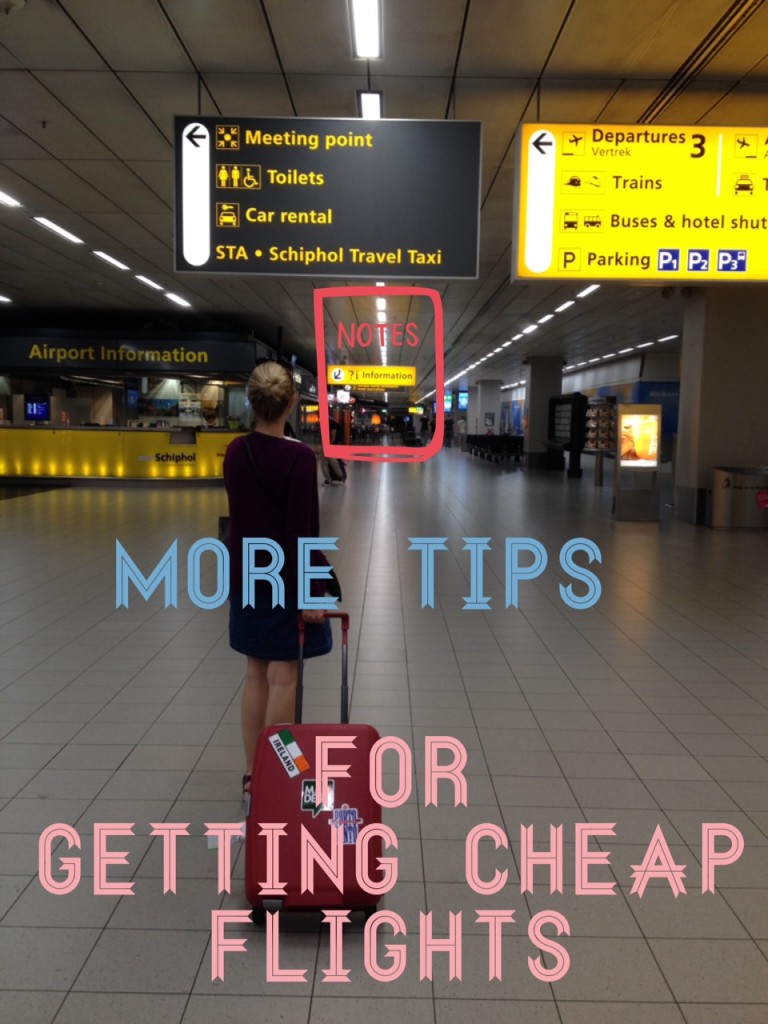 Some more tips for getting cheap flights

•Booking in advance is always cheaper

•Following competition from budget airlines, traditional airlines have reduced their fares and sometimes offer sales on flights – keeping an eye on their prices is always a good idea, as their prices are occasionally only marginally more expensive than budget airlines.

•If there are no cheap fares for your preferred destination, get creative and look at cheaper nearby airports. For example, a flight from London Stanstead to tourist hotspot Krakow can be pricey (around £300), but a flight to Katowice (under 2 hours away from Krakow by bus) can cost almost £120 less. A pre-booked transfer from Katowice to Krakow can cost as little as £15 per person – booking tactically can save you money. London itself has three hubs for 3 low-cost airlines – Stansted, Luton and Gatwick with coach transfers possible between all three so keep that in mind.

Other things to watch out for on low-cost airlines

•Flights schedules are often tightly packed, so expect domino effect delays if one flight is late. Most budget airlines are point to point and often have a questionable policy regarding refunding delayed or cancelled flights (i.e they won’t) so check before you book.

•Leave enough time between connecting flights, as budget airlines will rarely transfer your luggage from plane to plane- you often have to collect your own luggage and check it in again.

•Budget airlines often use secondary airports to keep prices low. These airports are often found in obscure locations, far away from the city they are meant to be in. For example, if you book a low-cost flight to Paris, don’t assume that the flight will land in the well known Charles de Gaulle or Orly airport – most budget carriers actually use Paris Beauvais Airport, which is a good 90 km out of the city itself! Although these secondary airports do offer transportation to the city centre, this can often be costly so it is a good idea to organise transport to the city before you fly, or risk losing the initial saving you made on your air fare.

Table of low-cost airlines in Europe

So. A break from blogging to share with you some news and…..the fabulous chance to win 1 of 10 free flights to Japan. In…