Continuing my 2012 Bucket List ideas, I present to you a 2 part series on the idyllic and stunning French Island of  ‘Ile De Re’  Welcome to the island of no tomorrow…..

I like to think of ‘Ile De Re’ as the island of ‘no tomorrow’.

Ile De Re- Welcome to the Island of No Tomorrow…

This was the perfect island to lose track of time.

You happily live in the moment in this island and escape all the worries, stresses of your everyday life.

Plus there was no chance of finding a pub to watch my beloved Liverpool FC.

Given its popularity, the ‘white island’ is best visited in Autumn or Spring (avoid the summer invasion of rich Parisians and Brits ) The island is accessible to budget tourists: situated just half an hour from the charming port town of La Rochelle which is served well by budget airlines like Jet2.com and Flybe.com

I visited in September when there when there were lots of wrinkly pensioners and families soaking in the pleasant late summer sun.

Given that it just 30 kilometres long and 5 kms wide, this island is perfect to explore by bicycle with over 100 kms of cycle tracks.

Which is a bummer since I am not much of a keen cyclist.

I am working on rectifying this.

I love walking around places. 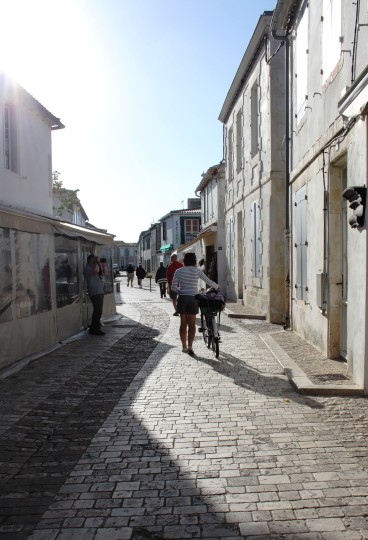 Ile de Re- These streets were made for walking and cycling

Ile De Re’s streets were made for walking. 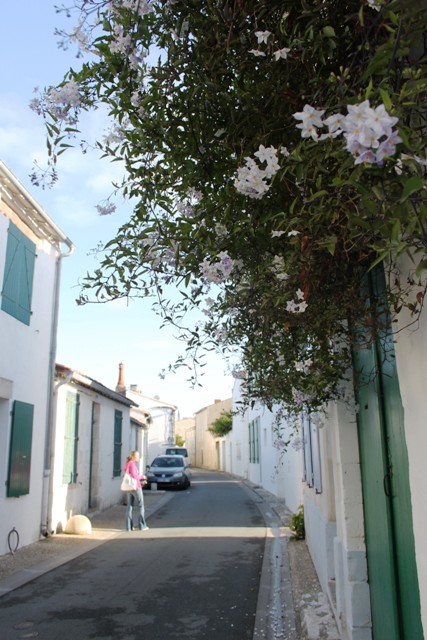 The winding dreamy streets of Ile De Re 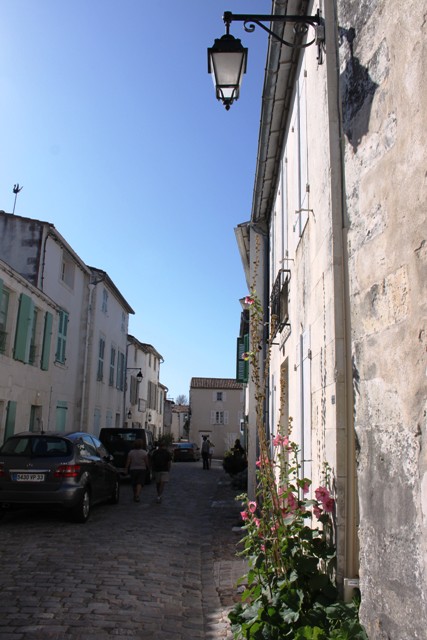 Streets of Ile De Re

Baskets of flowers handing from each house.

Black Cat of Ile De Re

Ok think of maybe the even odd black cat lazing on the window sill.

To get around the island I recommend you hire a car if you don’t fancy cycling around.

One of my first port of calls during my stay was the charming port town of Saint Martin. 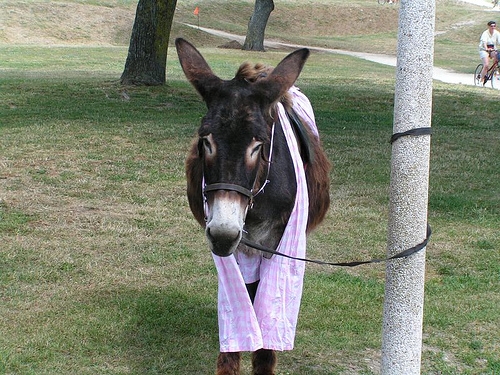 Donkeys of Ile De Re

You know you’ve arrived at Saint Martin when you see just outside the port’s ancient fortifications where you’ll see the woolly and very cuddly ‘donkeys in pants ‘ who are the island’s lucky charm and symbol.

Since the 19th century the donkey has been a very useful citizen to the inhabitants of the Ile De Re . They were used for the collection of seaweed on the coast, salt marshes or in agricultural work.

The tradition of wearing gingham pants dates back to when the animals in the fields were given protection from the mosquitoes who favoured their succulent limbs.

This port town of  Saint Martin is a bustling harbour with some very nice open air terrace cafes-perfect to relax, soak in the sun and have a biere while the ladies can keep themselves entertained at the clutch of charming fashion boutiques

Then test your adventurous tastebuds by trying the oyster and caviar icecream at the stylish La Martinere Ice-Cream parlour.

They sell over 50 flavours of ice cream and sorbet, with flavours ranging from the pedestrian to the downright bizarre.

If you are beginning to feel about the lack of exercise at this point, then I recommend a climb up the 12th century local church of St Martin.

Occupied and fought over by both Catholics and Protestants, this church has a colourful history and bears the scars of its brutal past. 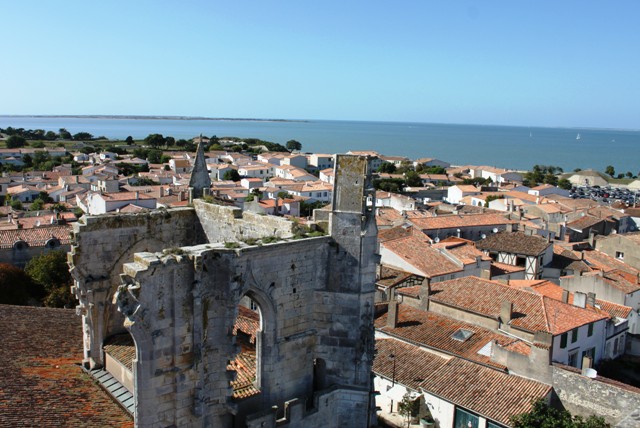 View from the top: Saint Martin Church, Ile De Re

Once you get to the top you get some mesmerizing panoramic views of the Breton Strait and the town itself.

In the second instalment of the Ile De Re diaries, I’ll take you to the lighthouse of all lighthouses , a tip on where to eat the best mussels possibly in France plus where to stay on this beautiful island on a budget without sacrificing on style and character.

If you missed, here is my earlier installment of getting lost in the streets of La Rochelle and also falling in love with the red colours of La Rochelle

…..to  Sandrine from Poitou Charentes Tourism Board  for hosting me and also Sue Lowry + Magellan PR team for organising this epic trip.  Plus this trip would not have been so epic without the company of  the amazing travel bloggers:  Melvin, Astrid and Titus from Traveldudes, Isabelle from IsabellesTravel and Iain Mallory from MalloryonTravel

Thanks for the memories!

Disclaimer:  Please note that this trip was sponsored by Poitou Charentes Tourism Board but the views represented here are my own.

Of all the places I visited in 2017, my trip to Zaragoza was up there with the best: I really didn’t expect to enjoy…