One of the few positives that has come out of the current situation is the time I have to focus on things I normally don’t have the time or patience for. I’ve been catching up a lot on my reading recently , rediscovering some old classics and also finding some new books on the Kindle. With the help of my sister, we put together a list for you of the best travel books on kindle that cost £0.99 or less. Since we did the research, some of the prices of the books have gone up but we’ve still included them in the list and they merit a read. I hope you find some new books and inspiration from this list. If there are any good travel books on kindle that we could add to the list, let us know in the comments below. Thank you!

1.Vroom With a View: In Search of Italy’s Dolce Vita In a ’61 Vespa

In Vroom with a View, travel writer Peter Moore takes us along in search of the sweet life on his intrepid Vespa travels through the length and breadth of Italy. Quite serendipitously, his girlfriend Sally catches a ride on the back of his Vespa and her needs to stop at numerous pampering spots along the way, makes this a slow travel adventure. As a result locals they bump into share details of the first Vespa they had travelled on and he unearths a whole treasure trove of interesting anecdotes.

Buy the Amazon Kindle edition for £0.99

PS Peter Moore has other books available on the Kindle for 99p at the moment.

Shy Feet is a set of twelve short stories of travel penned by travel writer Frankie Thompson. Frankie’s stories take armchair travelling to a whole new level – from the Australian Outback, streets of Barcelona, the steep cliffs of the Amalfi Coast, to the beaches of Brighton and Hove. The stories also draw upon a variety of subjects that are all very real, believable, slightly quirky and touching.

Buy the Amazon Kindle edition for £0.99

Buy the Amazon Kindle edition for £1.99

Three friends acquire a London cab and aim to drive from London to Sydney, picking up passengers and adventures along the way. ‘It’s on the Meter’ describes these hair-raising adventures, as Johno, Paul and Leigh embark on their 43,000 mile adventure, bumping into the Iranian secret police and barely escaping from the Taliban along the way.

5. Where the Wild Winds Are: Walking Europe’s Winds from the Pennines to Provence

Our personal history often affects the direction that our lives take. Author Nick Hunt was nearly blown away by a strong gust of wind during the Great Storm of 1987. In his adult life, his fascination about the powers of the different winds of Europe, the Bora, Mistral, the Foehn and the Helm, sees him traveling all over Europe to see how these physical forces have left their imprints on the people and cultures of the European people.

A bunch of hoarded student loans fulfilled 24 year old Alastair Humphrey’s dream of cycling around the world on a small budget. In this slow travel, old fashioned cycling adventure Humphreys covers 46,000 staggering miles that takes him across 5 continents and the oceans that keep them apart. At the time of his cycling through Europe, the 9/11 attack happened and he had to change his plan of weaving his way through Asia and detour through wild Africa. The stories he tells are all about risk taking and the people he meets along the way.

7. The Great Bicycle Expedition: Freewheeling through Europe with a Cockamamie Family, a Potted Plant, and Bicycleseatus

The Great Bicycle Expedition sees the daring, carefree Anderson family cycling around Europe’s lanes and bylanes on their bicycles without much prior experience in long-distance cycling. Their route takes them across Denmark, Sweden, the Netherlands, Germany and Belgium where Dortha’s pocketbook and bicycle go missing! Steeped with romance, moonlight boat rides and fine wine, The Great Bicycle Expedition is sure to delight readers.

Buy the Amazon Kindle edition for £6.19

South is the story of Ernest Shackleton’s last attempt to conquer the icy wilderness of Antarctica. The book tells of the trials that the Expedition suffered especially when their ship was entrapped in a sea of impenetrable ice and the crew suffered the cruel seas, mountains and glaciers. ‘South’ is a story that describes the limits of human endurance.

9.The Living Mountain- A Celebration of the Cairngorm Mountains of Scotland

Nan Shepherd’s ‘The Living Mountain’ is an ode to the Cairngorms. Scotland’s majestic mountains are brought to life with Shepherd’s prose that reads like a long poem. Each chapter explores the relationship between different elements and the mountain. This is an extraordinary piece of nature writing that will transport you to the rich beauty of the Cairngorms.

Jerome K. Jerome’s masterpiece of a Victorian novel describes the adventures of three hypochondriacs who venture on a madcap boating adventure on the River Thames. Much hilarity ensues in this gem of a novel that might be regarded as one of the first books that describe the phenomenon of day- tripping to the travel world.

11. Travels in the Land of Serpents and Pearls

Marco Polo. Penguin Little Black Classics
One of the earliest travel writers, Marco Polo set out to discover the Far East in 1271. ‘Travels in the Land of Serpents and Pearls’ is a Penguin Little Black Classic that is an excerpt from his Travels and describes his encounters in India. Snake infested caves, dying monarchs and all sorts of exotic things are brought to life in the words of the great traveller.

Charles Dickens
Back in the day, during the Victorian era, it was fashionable for the English and American aristocracy to go on the ‘Grand Tour’ of Europe. Italy with its claim to antiquity, beautiful architecture and works of art was the cradle of the Renaissance. Dickens took a year long break from writing novels and devoted it to travelling and experiencing Italy. The book is described as similar to a magic-lantern show describing the best sights of Italy along with acute observations on the culture of the country’s people.

Captain Scott
Everyone knows of Captain Scott’s ill-fates Expedition to the South Pole in 1912. He reached the pole only to discover he had been beaten to it by Norwegian Roald Amundsen. On the treacherous journey back to safety, the expedition perished and group leader Scott’s tragic last diaries were discovered on his person. In this edition, Max Jones provides commentary on Scott’s original journals and puts into perspective the incredible struggles of the dedicated team.

14. A Thousand Mile Walk to the Gulf

John Muir
John Muir was a great naturalist and conservationist. He is famed for preserving many natural habitats in the US including Yosemite National Park, Sequoia National Park and other wilderness areas. He is credited with founding The Sierra Club, instrumental in conservation activities to this day. The John Muir trail – a 211 mile long trail is one of the best known walking trails in the world. A Thousand Mile Walk to The Gulf is taken from his earliest journals and describes his long walk across several Southern US states in the wake of the civil war in 1867. Read about his extraordinary experiences in the wilderness and his encounters with the people of Indiana, Kentucky, Tennessee, North Carolina, Georgia and Florida, ultimately taking him to the Gulf Coast.

D.H. Lawrence himself describes this book as ‘a marvel of veracity’. It was written after the First World War, in 1921 when Lawrence visited and stayed in Sicily and travelled to Sardinia. Apart from being a brilliant example of travel writing the book is also an acute observation of the political and social scenario in Sardinia at the time.

I’m 1917, when the First World War was still raging in Europe, acclaimed American writer, Edith Wharton travelled to Morocco. ‘In Morocco’ are her memoirs and observations from travelling through Morocco’s deserts and cities. The book describes Morocco in lush detail and has many historical observations of importance.

This non-fiction book, published in 1899, describes Kipling’s travels from India to China, Japan and then onward to the United States. The lovely narrative gains extra dimension when the author alights at Port Said to visit Egypt.

Victoria Twead
This book describes Joe and Vicky’s relocating to Spain’s Alpujarra mountains. They have a Five Year Plan in mind and at the end of it, they must decide whether they intend to stay or return to the UK. This book is very funny and describes all the little details of culture shock that might assail a British couple, who become reluctant chicken farmers among other things.

19. Europe in the Looking-Glass

This book describes a journey Byron made with three friends in the interwar years through Europe. The book is a mix of historical and political analysis, classical studies, architectural study, social observation and much more. The book consists of nine sketches pulled together by the author on his travels.

It’s not really surprising that during the Victorian age, when many Americans and Europeans were going on the Grand Tour of Europe, many Europeans would be drawn to visit and write about America. Many of them were writers who were on book tours across various American cities. GK Chesterton, author of the Father Brown books was asked to conduct a lecture tour much later, in 1921. ‘What I Saw in America’ is a fine observation of the wry humour, acute observational powers of the great writer, picking up on the greatness and the weaknesses of the nation at that time. 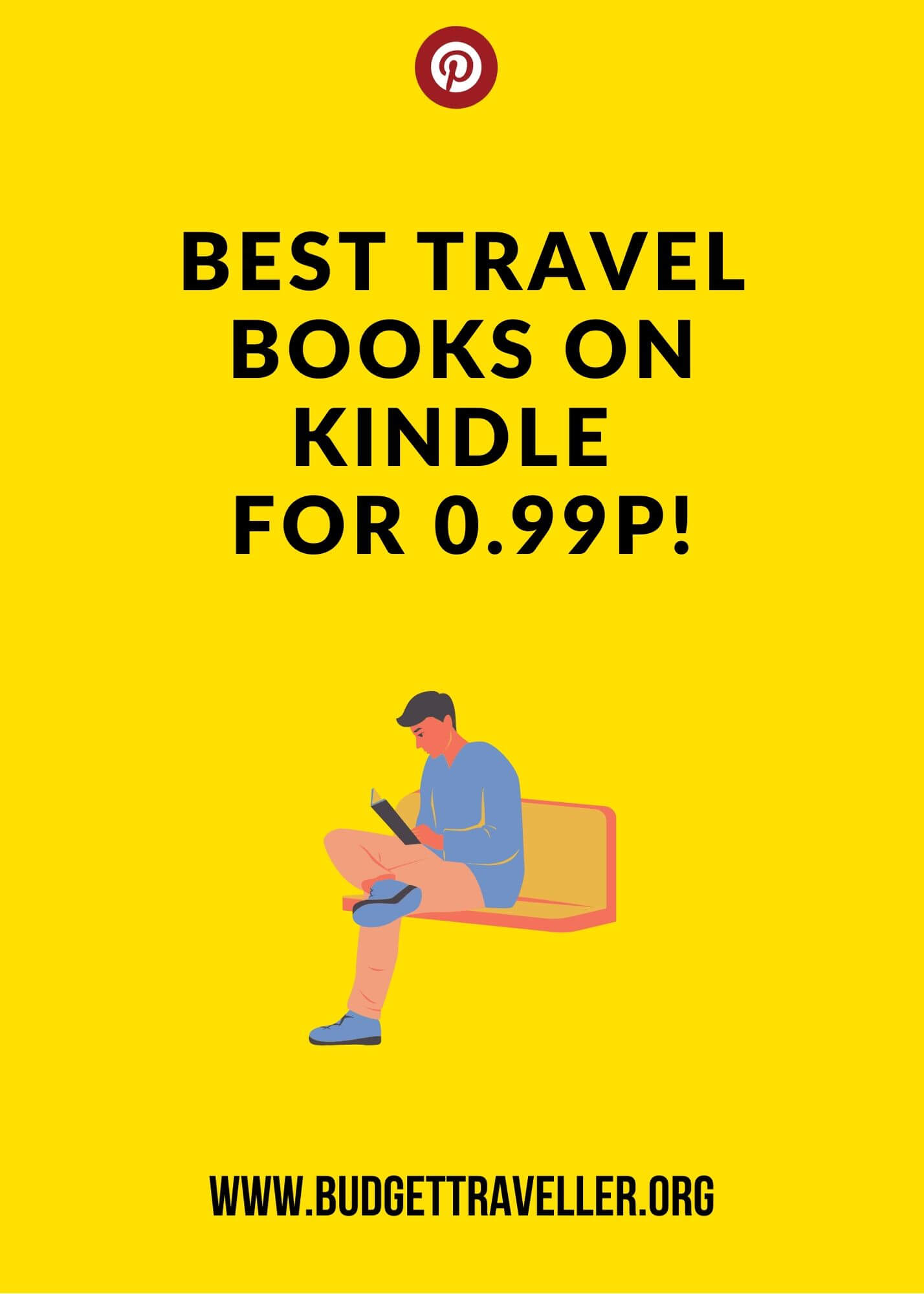 If you want to take Budget Travelling to the extreme, hitchhiking is perhaps the cheapest way to travel. New BudgetTraveller intern, Amy Woodyatt…